You are here: Home / All Posts / Giving uncommon, yet biblical, parenting advice

How many times have you talked to exasperated parents like this mother?

“I’m exhausted. Life with my five-year-old has been so hard lately. No matter what I do, he seems to have a mind of his own and won’t listen. We’ve tried everything from spanking and time-outs to taking away toys and playtime. He’s got a lot of energy, but some days I just need a break. Tell me we’ll get through this—that he won’t act like this forever.”

Fortunately, you are being asked for help. But what will you say? What do you think it’s going to take to help a child like her son learn to obey?

You have probably observed a lot of parents today use some form of secular behavior modification in order to train their children. They use a reward/punishment model such as, “If you do what I say, I’ll give you what you want. Clean up your toys, and you can have a snack.” Or, “Finish your homework, and you can watch a video.” Or, “Clean your room, and you can have a friend over.” Now, a steady diet of that kind of reward mentality might influence a child only because it can appeal to their selfishness. Consequently, kids can start asking questions like, “What’s in it for me? Are you going to pay me for that?” Or, when faced with a punishment, they start weighing out, “Do I want to do this? Is it worth the punishment that I’m going to incur here?” And so, parents need to make a shift in the way they work with children. Instead of using an approach that focuses only on externals, they need to approach parenting by considering what the biblical writers call the “heart.”

The Bible uses the word heart over 750 times. You should help parents understand what the “heart” is—and why it’s so important for their parenting. In the Bible, the heart is associated with numerous functions:

Although the heart is associated with behavior, you will notice that behavior is intimately connected to desires, beliefs, determination—that is, to motivation underlying the behavior. So, the heart is a very strategic target when helping children. If the parents you counsel are just giving the kid a reward or a punishment for a problem, then they are lacking in their approach. Long-term change in the heart is what God calls repentance. When you show parents a heart-based approach to parenting, you are tying in to the way that God works to make changes.

Strategize parenting around the heart

You’re trying to help parents change the routines, patterns, and tendencies that their children have. After all, it’s Jesus who taught us that behavior comes from the heart. When helping children change, there are many heart-based tools. Take cooperation, for example. Many children have developed a pattern of resistance in one form or another. Practicing doing the right thing in the area of getting things done can build an internal heart quality of cooperation, responsiveness to authority, and responsibility.

Regardless of how old children are, parents can expect them to follow a routine of instruction. In fact, you might script the routine so that it is clear. Each part is important in the manner it is done, and it concludes with releasing the child from the task.

The word instruction comes from the Latin, “in structure.” When a child receives instructions, he is given some structure in his heart. Now, the child is learning how to give up his agenda instead of arguing with the parent. He’s learning how to cooperate. The work that the parent is doing in this regard should increase the focus on the relationship so that it is strengthened, and there is change. As a pastor, therefore, your goal is to help facilitate heart change in both the parent and the child.

When correction is needed, help parents learn how to transfer responsibility to the child for change. Whether the child is three or thirteen, parents can say, “I’m going to start with words here. Does that work, or do I need to go to the next step?” Some children will respond to words alone. That’s what parents want and the way parents will want to discipline them as children mature through the teen years.

Unfortunately, many parents move to consequences too quickly and often miss the heart. How might you help them reorient their approach so they don’t miss the heart?

Let’s say words alone aren’t working, because sometimes children need more than that. So, tell parents to go to what’s called the “triangle of repentance.” I use this image because a triangle has three points, as does the repentance process.

Sometimes a child simply needs to take a break to calm down and to create some space to think. Different from a time-out, a break focuses more on heart change than on a specified time period of punishment. Teach parents to say, “You need to go take a break, settle down, change your heart, and come back and see me when you’re ready.” Each of those words is important. The child is sent on a mission to take a break and settle down. He needs to change his heart attitude and then come back, willing to talk about that. Notice that the child is the one who initiates the return instead of simply serving a sentence of time. This again transfers responsibility to the child. When the child returns, the parents should see a change in countenance.

Some children have a hard time taking a break; they might come back too soon or have a hard time taking the break because they’re so upset. Parents should talk with the child to deal with those problems. Eventually parents will want to explain that taking a break is not just for children. Everyone needs to learn how to take a break, including adults.

When the child comes back from the break, it’s time for a positive conclusion. This is a dialogue parents have with the child that helps process the offense and move toward a positive response the next time. It again is a routine, providing a process of thinking about offenses. Teach parents to ask the same three questions every time: “What did you do wrong? Why was that wrong? What are you going to do differently next time?” And then make the statement, “Go ahead and try again.” That scripted positive conclusion walks children through a biblical process of repentance—a change of heart that leads to a change of behavior. Repentance isn’t about merely stopping misbehavior. It’s about replacing it with something different.

“What did you do wrong?” refers to confession, which is God’s first step in restoring relationship after a sin. “Why was that wrong?” addresses the heart issue behind the misbehavior and often opens the door for some teaching. “What are you going to do differently next time?” focuses on the positive side of repentance and helps develop a plan for the next time. Finally, teach parents to always make the last statement “Go ahead and try again,” similar to what Jesus said to the woman caught in adultery, “Go and sin no more.” That gives an affirmation to that child. In effect, the parent communicates, “I believe in you. We have a plan for next time. Let’s go change.”

After the break and positive conclusion, it’s usually best to go back and redo the situation the right way. Many parents think of discipline as punishment; they would see greater change in their children if they would train their kids to do right instead of simply punishing them for doing the wrong thing. You might say, “Let’s go back into the kitchen again. You ask me for a snack, and I’m going to say no again. Then you can show me how you’re going to respond the right way.”

The role of consequences

Using consequences in a heart-based approach is different from secular behavior modification. Consequences aren’t used as the first response. Furthermore, they become a motivator to move toward a character goal, not just to avoid a certain behavior.

Let’s say that a dad needs to discipline his twelve-year-old son for being disrespectful to his mom. So, he might take his son’s iPad away for a week. That’s a behavior modification strategy. It’s taking away something because the child did something wrong. In a heart-based approach, the dad would do it differently. He might say to a child, “You’re being disrespectful to your mom. I’m taking your iPad away, but I want to give it back to you. Show me that you’re moving toward being more respectful, cooperative, and contributing to this family. Then I’ll give you your iPad back this afternoon, or whenever you show me that you’re progressing.”

This might mean taking the iPad away and giving it back to the child more often. The consequence is the motivator to move toward change, which is the place that parents want the child to be. The parent is saying, “It’s right here. And as soon as you’re showing me that you are trying to work on this in your life, I’ll give you the iPad back.” It’s now used as a motivator and transfers responsibility to the child, instead of acting as a statement of justice.

Most of the correction with children can be addressed through words and the triangle of repentance, so parents don’t often have to go to consequences. It is true that God uses reward and punishment in His work with us, but He does much more to transform our hearts than simply giving us trinkets or opportunities to avoid pain. Receiving His love and experiencing gratefulness because of it are better motivators to drive us forward.

Giving rewards and punishments is not wrong. Parents might use rewards or punishments to start a new habit, but you don’t want them to use rewards or punishments as the primary way to help children make changes. Otherwise, children make changes only in order to get the reward or avoid the punishment. What you’re trying to help parents do is build conviction inside of the child. This will go much further in guiding them to be the kind of people God wants them to be. 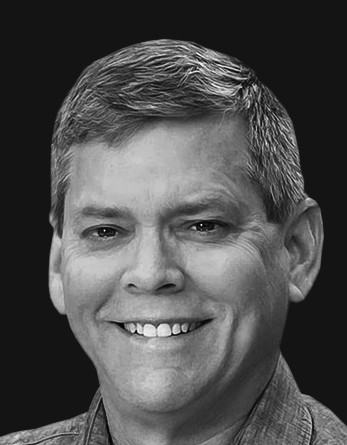 Dr. Scott Turansky is an adjunct professor at Concordia University Waupun, where he teaches the parent solutions class for master’s level students pursuing a Family Life Education degree. He co-founded the National Center for Biblical Parenting and speaks most weeks around the country. Scott also trains Biblical Parenting coaches and has co-written fifteen books on parenting. He lives in New Jersey with his wife, Carrie. They have five children and five grandchildren. You can learn more about him and his work at biblicalparenting.org.