You are here: Home / All Posts / Ministering to the reluctant and the resistant

Oftentimes, because of the difficulty in ministering to these two groups, they simply aren’t ministered to at all. Or, it seems that very little progress is made. But how can we draw these two groups of people out and minister to them well? We’ll take each one into consideration below as we discuss how best to shepherd these tough groups of people.

Shepherding those reluctant to open up with you

Many times, people are reluctant to seek help for personal problems because they fear what the pastor may think of them after such a meeting. There’s a very precious trust between a pastor and his congregant; so while you might hope that a pastor has earned the general trust of a member because of his public ministry, sometimes we find that in counseling, much like in personal relationships, personal trust has to be earned.

Most folks bring into counseling with a pastor a mixture of hopefulness but also skepticism. They’re open to the pastor because of what they’ve seen of him in his public ministry, but they’re also a bit skeptical because they haven’t seen yet how he’s going to receive them or how he’s going to guide them, and whether that guidance is going to be competent or not as they deal with specific problems.

Here are suggestions that will help encourage a person to be open with you:

Listen well and be considerate

Every time a member approaches a pastor, there is an opportunity for the pastor to show that he’ll work hard to listen and understand, that he’ll be patient with the person, and that he won’t just simply fix the person’s problems. People don’t want the pastor to simply throw a few Bible verses at them and usher them out the door, assuming that is all they need to overcome their struggles. Earning trust is showing humility in listening well and speaking with consideration. Nobody trusts an arrogant know-it-all.

Fundamentally, a pastor needs to show the person that he loves him or her and is committed to that person’s good. Loving means showing a concern for the person’s well-being even if the pastor is unable to fix that person’s particular troubles. Sometimes demonstrating committed love ends up being more important than finding the solution.

The pastor should also display a confidence not in himself but in God’s ability to give wisdom, and especially wisdom that’s needed for the kind of trouble the person is facing. Most likely, people are seeking counsel because they are unable to find a solution on their own, and they aren’t just looking for another’s opinion. The pastor must be confident that he is giving wise counsel because it comes from the Wise Counselor, not himself.

To summarize, if I am seeking help, and I know the person loves me and is committed to my good, I’m much more open to hearing whatever he has to say as opposed to the person showing up and being there only to fix the problems. If I don’t sense a fundamental commitment to our relationship, just a commitment to get things done, that doesn’t communicate love. Generally, people don’t go to a pastor to get things fixed; they go to a pastor because they’re in need of someone to minister to their soul and they need wisdom from the Lord.

Ministering to those too stubborn to change their ways

We can all probably think about a person who falls into this category; that person who is hardheaded and refuses to forsake sin. But how do we best minister to that person? How can we urge him or her to turn from sin and follow the Lord?

The first and most important thing we can do is pray. Only God awakens a stubborn, callused heart. Only His Spirit can bring conviction. Oftentimes, pastors believe that they can lead a person to repentance all by themselves, but this is a faulty belief. We must rely on the Holy Spirit to change the heart of unrepentant people.

Bring others alongside the person

The second thing we need to do is confront the sinner as Scripture describes in Matthew 18. If the person refuses to listen and persists in unrepentance, you need to call another Christian into the process, most likely a leader within the church. In bringing other believers in to lovingly confront an unrepentant person, the aim is to restore the person to proper fellowship to the Lord and to the church. It is not intended to punish, but to restore (1 Cor. 5:5).

Church discipline is to be restorative, not punitive.

What does this look like as it plays out? We would want to talk with the person, pray with the person, and point him or her to Scripture, over multiple conversations. Then, if the person is unrepentant, we’d move to the next step and do the same thing as a group of believers, usually the elder board of our church. At this point, the elders could take days, weeks, or even months to work with an unrepentant person, calling the person to repentance and faith in Christ. After a period of time of working with this individual, if there still is no repentance, we’d bring it to the congregation.

We don’t ever take “normal,” everyday sins, like pride or selfishness, to the congregation; otherwise, we’d have to kick out everyone in the church. Rather, we discipline for serious (and often public) sins, such as repeated public drunkenness, abandoning a spouse, or adultery, just to name a few.

At my church, rather than calling for an immediate vote, we would give church members some time to minister to the unrepentant person, to exhort him or her to repentance, to pray for the person, and to ask questions of the leaders. That helps the congregation to adjust and grow in their understanding of the situation, and grow in their own conviction of whether discipline is necessary for the situation. Remember that the elder board of the church has often been working with the unrepentant for weeks or months, but for the congregation, this is probably new information. This gives the members of the congregation (who are new to the situation) a chance to catch up to the elders (who are very familiar with the sin in this person’s life).

After some time, say two months or so, we’d call for a vote.1 Once it is brought for a vote, if that person still refuses to listen and turn from the sin, then you need to treat the person, as Matthew 18 says, like a pagan or tax collector. This means that you need to be willing to remove him or her from the membership of your church. And it means barring the person from the privileges of membership like the Lord’s Supper, until such time as he or she is willing to repent and turn back to Christ.

What this means for counseling, then, is that strict confidentiality is not possible because of biblical texts like 1 Corinthians 5 and Matthew 18. I don’t, as a pastor or a counselor, want to be holding on to someone’s secretive unrepentant sin and not have any way to call a second witness or eventually bring it to the church to be dealt with.

Discipline or disciplinary procedures end up being a tool in the counseling process to help that hardened, stubborn church member who refuses to forsake his or her sin. It is to be restorative, not punitive. We hope it happens rarely. If a church is healthy, they’re teaching well, and they’re loving on people, it will happen less often. But even in the best and healthiest of congregations it will still happen because we’re a hospital of sinners.

Drawing out reluctant people and restoring resistant people is hard work, so get others involved. Other mature believers, whether lay leaders or elders, can help carry this burden of ministering to difficult people. As pastors, be intentional about raising up others to help you shepherd your congregation well.

Editor’s note: You might also be interested in reading Counseling: Deciding Where to Begin by Brad Hambrick. In this article, Brad outlines a five-level triage progression in order to help you know where to begin in counseling an individual. 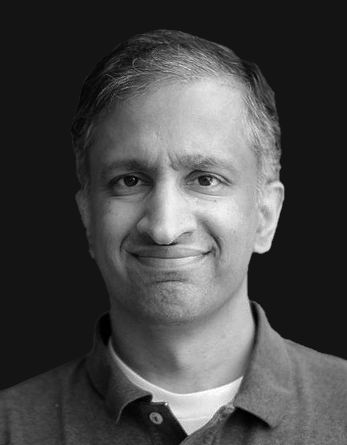 Deepak Reju is pastor of biblical counseling and family ministry at Capitol Hill Baptist Church (Washington, DC). He is a graduate of the Southern Baptist Theological Seminary (MDiv, PhD) and author of On Guard: Preventing and Responding to Child Abuse at Church and coauthor of The Pastor and Counseling: The Basics of Shepherding Members in Need. He is married to his best friend, Sarah, and is the father of five children.