You are here: Home / All Posts / Receiving God’s grace in your grief

On February 5, 2007, J. Alan Groves, professor of Old Testament at Westminster Theological Seminary, lost a battle with melanoma. His wife, Elizabeth, eventually wrote about their yearlong struggle in Grief Undone: A Journey with God and Cancer.1 She graciously shared with us some of what she learned through their horrible trial. We trust that her experience of God’s love and faithfulness through His people will suggest ways you can minister to others who might be going through similar trials.

How long had you two been Christians before you received Al’s diagnosis?

We each came to faith as kids; I guess Al was probably ten years old, and I was about thirteen years old. When Al received the diagnosis, we were at that point in our forties and fifties, so we’d been Christians quite a long time.

How did being experienced Christians affect the way you dealt with this trial?

It was wonderful to have already known God over several decades and also to have known the hope of heaven: death is not the end; it’s just the way we step into His presence. That made such a difference for Al and for us as he was dying. Al is now fully alive, with Jesus, seeing Him face-to-face, which he so looked forward to. He is full of joy, and without sin, and worshiping the Lord face-to-face. We still cry and we still miss him, but there’s so much hope in the midst of those tears.

It was so comforting to know God’s sheltering presence, because death and grief are such physical processes and the emotions involved in grief are so powerful. You feel very small, fragile, vulnerable, and powerless when you’re up against them. But God is bigger than that, and He’s more powerful.

At one point along the way after Al died, I ran into one of those milestone situations in life [a graduation], and I knew ahead of time it was going to be really hard that Al wasn’t there. Leading up to it, I was trying to minimize the importance of the event, probably so that it wouldn’t be so sad and I wouldn’t feel it as much. And my older son actually helped me think through that and to realize that that was probably not the best way to go. And so I made a conscious choice to say, “You know what? This is going to hurt like crazy. It’s going to be really, really sad. And it will be joyful too, but why don’t I just go ahead and let myself fully feel both sides—the really sad and the joyful at the same time? Just let it be what it is and not try to pull back or shield myself from those emotions, which are going to be really, really tough.” And I was so glad I did that. I learned that if I do that with the Lord, it’s going to be okay.

God also has been there for me when I’ve faced much more insignificant challenges. One time the lawn mower quit working, and I thought, “Oh boy.” I am not mechanical at all—not even a little bit. I checked the oil, and it seemed like maybe it was low. I put some oil in, and “vroom”—up it started. That was amazing to me. I would not have guessed that I could figure out what’s wrong with a lawn mower and fix it. It’s such a dumb little thing, but it was a reminder that the Lord was going to take care of it, and He could help even me figure out how to fix the lawn mower if that was needed.

How did God’s people show His love to your family as you were going through this ordeal?

I was amazed how His people loved us, surrounded us, and supported us through this trial. And it was not only local people; we had a blog and people from around the world wrote encouraging, supportive messages and let us know they were praying for us.

In addition, people did a lot of practical things. For example:

Because of all that, we were so constantly aware of the Lord’s love; every time we turned around, He was sending somebody to remind us of that. It was quite astonishing to me.

How did you and others minister to your younger children during this trial?

We didn’t try to hide things from the younger kids. At the beginning when Al first received his diagnosis, we said, “Look, it’s always okay to cry.” And we let our kids know that, and we let other people in our lives know that. We didn’t feel any pressure to somehow be brave, or stoic, or look like we had it all together. There was a lot of stuff to cry about, and we did—individually and together.

We talked with the kids about all angles of the experience. We urged our kids to talk if they were feeling particularly sad, stressed, confused, worried, or whatever. We talked about how it was going to be really hard when dad wasn’t here. But we also talked about how good the Lord was. For example, we might point out little things like how the hydrangea bush was blooming and was absolutely beautiful. God was providing that beauty for us. Or we’d discuss a Scripture that somebody sent in a card or talk about any of the number of helpful things that people did for us.

We also talked about the hope that Jesus gives. We knew there were hard times ahead of us, but the difficulties were not the whole story. The hard times were set in the pure picture of God being real, the resurrection being real, and the hope of heaven being real.

In some ways we tried to keep life as normal as possible. We tried to have the kids still be involved in whatever activities they were doing. And yet when plans had to be changed, we made the kids part of that conversation too. I think that helped them feel like we were all on a team, and whatever we were dealing with, it was something that all of us would face together.

Other people were just absolutely wonderful about loving our kids. They would ask the kids how they were doing. They would pick them up for a lunch or breakfast. They would let the kids know that they were praying for them. Their support helped our younger kids sort through the ordinary preteen and teenage stuff that they were dealing with at that point in their lives.

After Al died, my third child (who was in tenth grade) had gotten about five weeks behind in her schoolwork and had to dig out of all that. She was absolutely miserable. The last thing in the world she wanted to do was schoolwork. And in an ideal world I would have said, “Forget the schoolwork. You need to grieve.” But she really didn’t want to repeat tenth grade. We both knew that she was eventually going to have to pull things together enough to dig out of this hole. It was a challenging time, and it created tension between us. The wife of our assistant pastor had a great relationship with my daughter. She said to me, “Look, why don’t I just come over and sit with her while she works? And if she wants help, I’d be glad to help her, and if she just wants another warm body in the room, I can do that.” That made such a difference. I think my daughter was reminded again that she wasn’t alone. This woman had a husband and three kids, but she was willing to come over and sit with my daughter while she worked on her research paper or whatever it was.

A couple of my youngest son’s friends invited him to go on their family vacations with them the year Al died, which was wonderful. I wasn’t sure whether he was going to be emotionally ready to do that by summertime, but he went with them and had a wonderful time. I think that helped him get over a hump.

You mentioned you maintained a blog during this experience, and several years later you wrote your book. Did all this writing help you process your grief?

I think it really did help in ways that I hadn’t thought about until very recently. God taught me so many things through that journey about Himself, about heaven, about life, about death—but my tendency, if I happened to see something like that, was to think, “Oh, hmm, neat.” And on I’d go, and that’s as much as I’d ever think about it. But because we had the blog, and I would post something every now and then, it slowed me down and I actually had to think about what I was learning. I benefited so much more from those things God was showing me because I had to put them into words. And then having written the stuff down, it also was there to go back to and reread later.2

For further insights on understanding the grief process, we recommend Why Is My Grief Lasting So Long? by Kathy Leonard and The Big Question of Grief: Who Am I Now? by Brad Hambrick.

Why is my grief lasting so long?

The big question of grief: Who am I now? 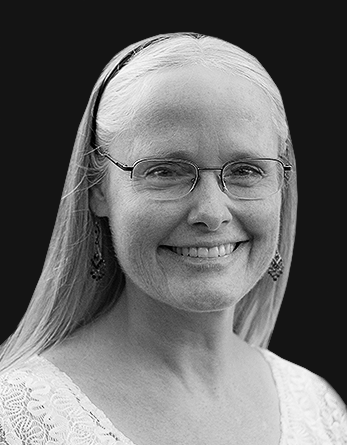 Elizabeth W. D. Groves teaches Hebrew at Westminster Theological Seminary in Philadelphia, PA. She was widowed ten years ago and has had the privilege of encouraging others who are going through grief by means of her writing and speaking (e.g., Grief Undone: A Journey with God and Cancer). She has four married children and five grandchildren.