You are here: Home / All Posts / How to increase your concern for victims of racism

You may dismiss that racism is very much alive and well, because the narratives of those who are marginalized, who experience it, are often counter to your experience. But when ministering to those who suffer racism, be careful about dismissing their narratives. Because what’s normal for you and those of the majority culture is not normal for everyone.

In order for you to minister well to those who’ve suffered racism, it’s helpful for you to first understand what racism is. Often people think of it as overt violence or acts of discrimination against a group of people because of that group’s racial identity. But racism is not only those overt acts of discrimination. It’s also implicit biases that people have, inherited ideological structures that flow out of a belief that certain groups of people are biologically inferior to others. You must understand how complex and pervasive racism is. It’s covert, an ideological framework that affects how people think and act, or don’t act, on behalf of another group.

Yet it can be difficult for you or someone from a majority culture to step back and evaluate your narrative if you are never in spaces where you are in the minority. One way you can grow to understand the experience of others is by listening to the marginalized person or group. Listen and learn from those who have suffered problems with racism, either individual racism or systemic racism, and then seek to make yourself vulnerable in order to see their blind spots.

This is why it’s important for a majority culture person who is seeking to process things like suffering through the lens of people from a minority culture to also share sacred space with them. When you do this, you’ll learn that suffering for a middle-class black man who teaches at a black-and-white seminary is going to look much different from suffering as a brother or sister who’s an immigrant living in my community, struggling to make ends meet because of paperwork issues with immigration. Studying the Scriptures in shared sacred space with those from multiethnic context can help pastors and their churches view the Scriptures through different ethnic lenses. This can lead to racial reconciliation more quickly than trying to reconcile in a predominantly mono-ethnic context.

How to foster racial reconciliation in your church

You may think: “That’s not necessary. We’re good. My church is already ethnically diverse.” But there’s a difference between racial diversity and racial reconciliation.

There is a difference between racial diversity and racial reconciliation.

So diversity gets people together in shared space. But the goal is reconciliation, getting people together in shared space who are transformed by the gospel and willing by the power of the Spirit to make the negotiations and sacrifices to build the body of Jesus and to promote the identity of the one new man in Jesus without eradicating their ethnic and racial identities.

Is reconciliation possible if I live in a mono-ethnic area?

Reconciliation can take place even when there’s not ethnic diversity in the community. Ethnic reconciliation is obviously one of the things for which Jesus died. But Jesus also died to reconcile the healthy and the disabled to each other; He died to reconcile the poor and the wealthy to each other. So people who are living in a mono-ethnic, mono-cultural context where there’s very little ethnic diversity should intentionally look for those people who have some kind of “otherness” in order to pursue the kind of reconciliation for which Jesus died for that particular community.

Pastors should pray and ask God to stir up their affections for the one new man for whom Jesus died. Also, they should ask God to bring other groups into their spaces and to take them into spaces where there are people who don’t share the ethnic posture of their congregation. They should seek to build relationships and community with them.

In doing so, pastors should beware of having the posture of wanting to go help “those people.” Rather, they should have the posture of wanting to do community with people from different groups so they can point them to Jesus, but also so that reciprocally there can be a building up of each other in Christ, especially once others from different ethnic postures come to faith in Jesus.

Pastors also need to make sure they’re living multiethnic lives. Pastors who aren’t living multiethnic lives shouldn’t try to do multiethnic church. If they have only an occasional interaction with people from different ethnic groups, their multiethnic church ministry isn’t going to do very well. Pastors can also go to conferences where there is a multiethnic representation both in attendance and on the platform. There are some robust theological conferences that are minority-led about church planning, about theology, about all sorts of things that pastors should attend in order to become accustomed to doing life with people in a multiethnic nonmajority cultural context.

Pastors should also expand their perspectives by reading nonwhite authors, not only on issues related to race, but on issues related to economics and other areas. Pastors can learn a lot about race by reading nonwhite authors with whom they may disagree. This can help them see the world through a lens different from a white lens. Dialoguing with people who don’t share their ethnic posture, and then reading and listening and learning from those people, can help dispel the idea that the majority white culture is the normal cultural experience for everyone.

Jesus’ blood was shed for people from every tongue, tribe, and nation. And the more we understand what racism is and the experience of others, the more we are able to understand the practical implications of the gospel for all people—regardless of the tribe, tongue, or culture of which they’re a part. 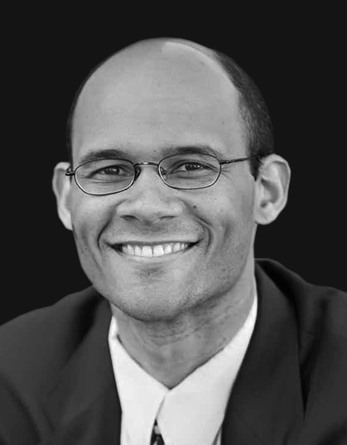 Dr. Jarvis J. Williams is associate professor of New Testament interpretation at Southern Seminary. Prior to coming to Southern, he served as an assistant professor and an associate professor of New Testament and Greek from 2008–2012 in a university context. He is the author of numerous books and articles, including One New Man: The Cross and Racial Reconciliation in Pauline Theology and A Chosen Race and a Royal Priesthood: A Biblical Theology of Ethnic Identity (coming in 2018). Dr. Williams has written numerous popular articles on matters related to the intersection of race, the gospel, and reconciliation for a variety of outlets, and he has written Sunday School material for the Gospel Project. Dr. Williams has served as an interim pastor of churches in Kentucky. He preaches and lectures often in churches and at conferences throughout the country.