You are here: Home / All Posts / Why pastors should care about racism

Due to the politicizing of race in our media, the Christian community can tend to disregard the existence of racism. Tim Keller describes the indifference that some experience by stating some conservatives give “lip service to racism being a sin but they associate any sustained denunciation of racism with the liberal or secular systems of thought.”1 Some conservative evangelical believers perhaps fear looking like the world: wound up in zeal, fueled with passion, but with no God-given direction or aim.

Racism, however, is more than a political issue, though it can sometimes be reduced to that. Racism is contradictory to how God sees men and women who are made equally in His image; all are image bearers of God. The understanding of this truth is a catalyst for the need to respect and honor the lives of all men and women of all ethnicities, and not just believers.

There is but one human race. Believing one race or ethnicity is superior to another is to deny that all men and all women of every tribe, nation, and tongue were created equal. Believers should be enraged at the notion of superiority; it attempts to take away from the glory of God and His creation. To allow racism is to give into sinful and faulty theology.

The countless names reported of people who’ve lost their lives due to issues of race soon become fading names to society as events become overshadowed.2 For believers, those names should not be so easily forgotten. Even the best secular reporter can never truly diagnose the problem of race because it is bigger than racism. The problem is sin. And we know there’s hope because of Christ.

Sin and identity as Christians

Sin was introduced into creation in Genesis 3, and from that moment the world has been in a downward spiral toward death. The world was introduced to sin through Adam and Eve, and the effects were deadly. People “were filled with all manner of unrighteousness, evil, covetousness, malice” (Rom. 1:29 ESV). Racism is just one of many ways that people have dishonored and disobeyed the Lord. The Lord in His goodness has provided hope, hope that is found in His Son Jesus Christ.

The believer’s identity is first and foremost to be found in Christ, thus making all believers family: indispensable members of one another (Rom. 12:5). The reason why dispelling racism should be a burden on the believer’s heart is because it divides and classifies individuals as subhuman, an assumption made solely on the basis of skin color or ethnicity. The world will be able to see the Christian’s love for the saints, and ultimately a love for God, as we advocate for fellow image bearers (John 13:35).

This way of life is modeled by Jesus himself. He sat and ate with the marginalized of the culture. Jesus was intentional in the proclamation of the Good News across every barrier, class, ethnicity, and gender.

At the Cross, every believer is on a level playing field spiritually, regardless of class, ethnicity, or gender. The world is unclear about what God’s Word says about prejudice, racism, and ultimately sin. Discussing race and racial matters is important, because some believers are also unclear about God’s Word on the subject.

There are members in congregations all around who believe they are pursuing racial harmony because of the amount of diversity represented in their congregations. There are also other congregations that perceive there are no racial issues, even when these congregations prefer to stay segregated. Additionally, there are individuals who are unaware of the existence of racial tensions among their community.

The need for humility

Race relations require humility. It would be to the benefit of the church to listen to racial concerns—not flippantly but with compassion and care for a fellow brother in need. Humility is the “recognition that everything we have and are, everything we accomplish is because of the grace of Jesus Christ to us. Not to inflate our self-importance and bolster our ego, but to enable us to minister to others as Christ ministered to us.”3

What might your heart reveal to you if you did a thorough self-examination of your thoughts and ideas regarding racism? In order for the church to move forward corporately, it will take the work of individual members to realize the personal responsibility required. The church has an opportunity to pursue each other in love, learn to confess when needed, and move forward to the deep and intimate fellowship that is ours in Christ Jesus. 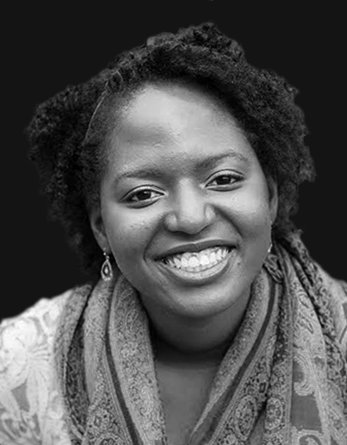 Stephanie Laferriere graduated from The Master’s College and Seminary in 2016 with a master’s degree in biblical counseling. She currently lives in Baltimore, working as a life coach for ONE HOPE, an initiative of The Garden Church. She is passionate about the sufficiency of God’s Word for all things and finds her joy in helping others find freedom in Christ. In her free time Stephanie enjoys spending time with her family and friends around a good meal, sipping coffee, and walking gardens! Follow her blog at https://mahoganyadventures.wordpress.com.

This article, Why Race Matters, first appeared on www.raanetwork.org, August 8, 2016. Adapted for CareLeader.org with permission from author.