You are here: Home / All Posts / Profile of a workaholic

Workaholics. You’ve got them in your church, and at times, you can relate to them yourself. A workaholic is a compulsive worker: he chooses to work a lot, think about work, and then work even more.

What does the Bible say to workaholics?

Ecclesiastes 6:7–8 says, “All a man’s labor is for his mouth and yet the appetite is not satisfied. For what advantage does the wise man have over the fool? What advantage does the poor man have, knowing how to walk before the living?” (NASB). His “appetite is not satisfied.” The Hebrew word translated “appetite” may also be translated as “soul.” This is yet another reminder by Solomon that we were made for more than food. A man may get up, go to work, come home, go to bed, and then do the same thing for the next fifty years. After that he retires to Arizona, plays golf, and then he dies. So what? His soul has not been satisfied by anything he has done. He dies unfulfilled even though his friends said nice things about him at his funeral.

What are the signs of workaholism?

The modern term workaholic refers to those people who are addicted to their work. For them, work is life, and the more they work, the better they feel. Here are three telltale signs of workaholism:

What are common characteristics of a workaholic?

Workaholics generally are Type A personalities: committed, aggressive, demanding, perfectionistic, goal-oriented, high achievers, impatient with weakness, easily frustrated, having enough stamina to work twelve hours a day six (or seven) days a week. They love the long hours and the high pressure job. One man said, “I don’t know how I got rich. I only worked half-days: the first half or the second half.”

What wrong beliefs do workaholics hold?

Like all heresies, there is a grain of truth in each statement. Work is good. It was created by God for the benefit of the human race (Gen. 2:15). But for a person to believe his worth depends upon his work is to deny the truth of the grace of God. Workaholics are simply repeating the Galatian heresy—that we are saved by grace but kept by works (Eph. 2:8–9; Gal. 3:3).

The truth is, it all depends upon God. Everyone comes to that conclusion sooner or later. Unfortunately, some people have to die to find it out. Happy are those who understand the difference between living to work and working to live. 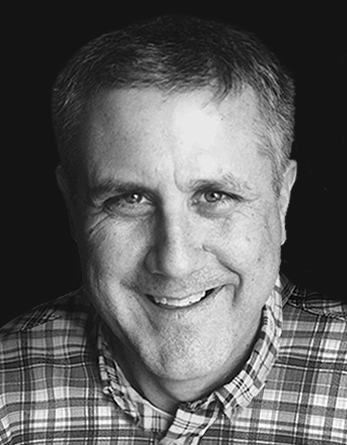 For twenty-six years he pastored churches in Los Angeles, Dallas, and Chicago. Most recently he pastored Calvary Memorial Church in Oak Park, IL, for sixteen years. He is a graduate of Tennessee Temple University (BA), Dallas Theological Seminary (ThM), and Talbot School of Theology (DMin).

This article A Warning to Workaholics first appeared on keepbelieving.com, November 26, 2012. It is one of one hundred devotions from an ebook called Something New Under the Sun. Adapted for CareLeader.org with permission by author.