You are here: Home / All Posts / Post-abortion counseling

It is estimated that 43 percent of women under the age of forty-five have had an abortion. One in six women in the evangelical Christian church is post-abortive.1 We live in a culture that idolizes personal choice and convenience, and as a result, more women than we are aware of are dealing with the aftereffects of abortion. Because of this, we have to know how to minister to this group of people in our churches. Below, we’ll take a look at three key ways we can minister to them well.

First, be aware of the aftereffects of abortion

When we think about abortion, most often we think about the guilt that comes from taking the life of one’s own child. But the effects of abortion are so much more than that. After an abortion, many women admit that they have feelings of being used. They feel wasted, or they feel spoiled or ruined. Many report viewing themselves as just trash or being worthless.

While not every woman has what we would consider to be post-abortion syndrome, the symptoms listed above are all problems that post-abortive women might face. However, in the case of post-abortion stress syndrome, they are much more debilitating. And oftentimes the women can’t cope with them, so they just withdraw or they lose themselves in drugs and alcohol.

Unfortunately, many of these effects increase over time. Initially, the women may report feeling relieved, glad that the procedure is over. They’re looking forward to moving on with life. But it doesn’t happen that way. As the weeks and months progress, these women find that they are increasingly troubled. I’ve found that most post-abortive women wait an average of seven to ten years before seeking help for their post-abortive issues. And it’s rarely ever the abortion that leads them to seek care. Rather, it’s a side effect from a new habit or behavior (such as substance abuse) that they’ve adopted to help them deal with their guilt, shame, anger, and bitterness.

Second, while we acknowledge the range of issues, we cannot neglect the underlying guilt and shame

In addition to the effects of abortion mentioned above, it’s really the spiritual effects that a woman experiences that are the most devastating. And these are rarely discussed. When a woman has an abortion, she violates her moral code. She takes a human life, and this is a decision that’s impossible to take back. And this comes with a whole host of spiritual ramifications, like guilt, shame, anger, and bitterness.

Guilt. Guilt is a spiritual indicator that we need to seek forgiveness, that we need to repent of something, or that we need to unburden our soul. It is both a feeling and a moral state. Quite often, the feelings of guilt after an abortion will bring a woman to the place where she recognizes her need for Jesus, to resolve her actual guilt before God. Guilty feelings can, and should, prompt repentance. Sometimes, though, the feelings of guilt can linger beyond repentance. We want the post-abortive woman to deal with her guilt before God first: the acknowledgment of her need for repentance and for Jesus Christ. This then lays the foundation for her to deal with continued feelings of guilt that may be consuming her.

As a caregiver, you may see more feelings of guilt if her pregnancy resulted from sexual immorality of some sort. Perhaps she was involved in an inappropriate relationship with a guy before marriage, or she was involved in an adulterous relationship. Or, maybe she’s a good Christian girl on the outside, but on the inside she’s got this secret life of sin going on. So we want to be aware of the guilt of the abortion, but we also want to deal with her secondary guilt that encompasses all of the actions that led to the pregnancy, the decision to make the abortion appointment, and then the decision to go through with the abortion.

We want the post-abortive woman to deal with her guilt before God first: the acknowledgment of her need for repentance and for Jesus Christ. This then lays the foundation for her to deal with continued feelings of guilt that may be consuming her.

Shame. Shame would be another issue. No matter how acceptable abortion seems to be becoming in certain groups of women, there is still a great sense of shame that exposes itself in all sorts of ways. But shame is different from guilt. When a person is guilty, she knows what she’s done is bad. And when a person has shame, it’s “I am bad because of what I have done.”

In the church, especially, there is oftentimes no support system to help a woman process what she’s done. She doesn’t know how to deal with the consequences of her actions. So her shame might manifest itself in being depressed or in self-destructive behaviors or substance abuse or eating disorders, so that the issue of the abortion can just simply disappear behind other issues.

And so, our job is to help her to learn to accept that while she’s done this horrible, grievous thing, that if she is a Christian, if she is in Christ, her abortion does not identify who she is. She is still a blood-bought, washed, regenerate woman of God. And God doesn’t hate her. Because of her identity in Christ, she can’t consider herself the way she might want to consider herself. Scripture, rather than her abortion, must define who she is.

Third, we must speak with grace and gospel hope

Words matter, and I have been grieved by the things that I have heard everyday church people say. Many post-abortive women turn away from the church after their abortion, or they never bother entering the door because they think there’s no one there to help them. There’s no support system to help them to process what they have done.

Christian women also turn away, because there’s no one there to help them biblically with what they’ve done. But the church, which should be known for grace and mercy, often harshly judges post-abortive women and doesn’t offer them help, healing, or hope. And instead, what we would hear, especially around Sanctity of Life Sunday, is that these women have murdered their babies. And they determine that there’s no forgiveness available to them.

The church, which should be known for grace and mercy, often harshly judges post-abortive women and doesn’t offer them help, healing, or hope.

Bringing gospel hope. Along with watching the negative things that we say, we also have to actively bring gospel hope to her. Romans 8:1 is very clear that there is no condemnation for those who are in Christ Jesus. So we have to point her to Christ, to the freedom that comes in His forgiveness and His work on the Cross.

We can also turn to passages in the Psalms, particularly ones like Psalm 32:3–5, David’s response to his adultery with Bathsheba and the murder of her husband. David says, “My body wasted away through my groaning all day long. For day and night Your hand was heavy upon me” (NASB). What a beautiful illustration of how a post-abortive woman feels. This guilt is weighing on me constantly. He continues, “My vitality was drained away as with the fever heat of summer.” Many of these post-abortive women express this idea that they are so burdened by this that it destroys their strength. It consumes them.

But then David says, “I acknowledged my sin to You, and my iniquity I did not hide; I said, ‘I will confess my transgressions to the LORD.’” And then, here’s the hope: “You forgave the guilt of my sin.” Even with murder and adultery, sexual sin and taking the life of another, his sins were forgiven. God provides restoration, and He provides freedom in Christ. We have to communicate these truths to hurting post-abortive women.

Ultimately, we desire healing through Christ for each post-abortive woman. In our awareness of the very real effects of abortion, as well as the impact of our words on these women, we have the opportunity to love them and point them toward Christ. As pastors and caregivers, we can point them to the One who brings true hope and true healing, but we must do it with grace and compassion rather than judgment or condemnation.

For more information about forgiveness of self, see “Pastor, I Can’t Forgive Myself” by Leslie Vernick. Here, Leslie offers practical counsel as you help a believer who isn’t able move beyond failures, mistakes, and sins and who is stuck in a spiral of debilitating regret, depression, and even self-hatred. This person has asked for and received God’s forgiveness but feels as if she cannot forgive herself. 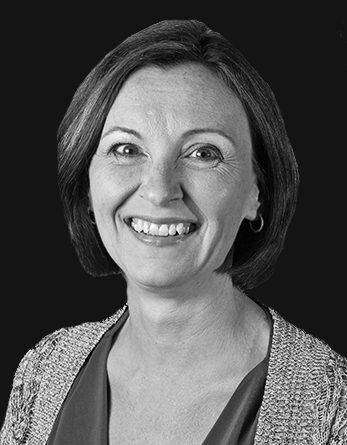 Julie Ganschow has been involved in biblical counseling and discipleship for over twenty years. As a counselor, teacher, and speaker, she has authored numerous books and materials. She is the founder and director of Reigning Grace Counseling Center and Biblical Counseling for Women and writes a daily blog on women’s counseling issues (bc4women.org). She holds a MA in biblical counseling in addition to certification with various organizations, including the Association of Certified Biblical Counselors (ACBC). She also serves on the counsel board for the Biblical Counseling Coalition. Julie is a featured contributor in GriefShare, rgcconline.org, and biblicalcounselingforwomen.org.