You are here: Home / All Posts / Why should you ask church members questions about pop culture?

When you sit down with someone in your church, perhaps someone who is struggling with marital strife due to alcohol abuse or anxiety after a job loss or a prolonged depression, how much time do you take to “enter into the person’s world”? Over the course of pastoral counseling, do you take the time to learn about how the person interacts with popular culture in its various forms?

Pop culture will affect us in some way

Or does it seem pointless to spend precious time talking about books, movies, TV shows, social media, etc.? I’ll respond to that question with an illustration from David Foster Wallace, in a famous commencement speech he gave a few years back. He told the story of two young fish just swimming along on a given day. An older fish comes up next to them and says, “Hey, how does the water feel today?” The other two fish look at the older fish and say, “What’s water?” In his illustration Wallace is trying to point at the fact that we are so well enculturated that many times we don’t even know the way that the process shapes what we love and what we desire. That’s why it’s so important to understand how people are influenced by pop culture.

Pop culture is a doorway to enter people’s lives

People seeking your counsel come as consumers of pop culture, whether or not they realize it. They are eager consumers of television, social media, music, etc., which has a shaping influence on how they view the world and their place in it. Their involvement with pop culture also has a shaping influence on what they love and what they treasure.1 Therefore, learning about their involvement becomes a potential means to connect with them.

Here’s an example: In my world in Northeast Ohio, pop culture is dominated by sports; that’s what is on everybody’s mind. It is of utmost concern to most people: How are our various sports teams doing? People are plugged in to that. That’s important to them. It shapes everything from how they spend a Sunday afternoon to how depressed they get when games don’t go how they want. So if I talk about some of those different dynamics in a counseling session, that’s going to be natural for me and for the person I’m meeting with.

However, I’m not advocating that you need to be the hippest, coolest person out there, watching the latest and greatest TV shows or listening to the top ten charting songs in iTunes. Nor am I advocating for a “cultural awareness quotient” where you have to get to x-level in order to be a good and wise counselor. If you start trying to quote from some current TV show or the lyrics from a popular song that you don’t normally like, the people you’re talking to will probably pick up on that. So when I’m talking about entering into their world, do so in very simple and natural ways.

One way to get into this arena is to ask about people’s hobbies or leisure time activities, and then follow up with more specific questions about those activities.

There are several advantages to diving into such matters. It slows down the pace of counseling in a good way. I think sometimes in a church setting there’s this sense of having one meeting in which you need to get a lot done, so you just immediately bypass a lot of data gathering about the person’s world in order to just get down to business. Slowing the pace of the counseling, however, can enable you to know more fully the person you’re meeting with.

Another advantage is that it gets to the heart of who we are as human beings; we’re beings motivated by various loves (passions) and desires. To enter into people’s worlds, we have to have a clear vision of what they do, what they like, what they love, and what they treasure—not just what they logically think about particular topics in life.

Of course, you also have to be careful not to allow discussion of music, books, or movies to become a distraction. I remember one time I used an illustration from Harry Potter in a teaching setting, and there was a woman in the audience who was terribly offended. She came up to me afterward and clearly missed the entire point of what I had talked about. Instead what she had honed in on was this Harry Potter illustration. Unfortunately, I hadn’t offered any sort of disclaimer to my illustration, and the woman maybe thought I was endorsing it. So, if the focus of a conversation—either for you or for the other person—becomes how culturally aware you are, how witty you are, how smart you are, or how hip you are, that’s counterproductive. You need to check your heart motivation at those times.

Use pop culture in service to God’s purposes

Returning to our earlier question: Why take the time to understand how people engage pop culture when they seek your counsel? Simply put: If you are going to encourage godly growth, you must not only read the Bible, but also learn to read people and their world. One hour of counseling a week is not going to be enough to combat “deformative” cultural influences they are steeped in.3 This is the difference between blindly tossing out Bible verses and skillfully ministering God’s Word to instruct, rebuke, correct, and train people in righteousness (2 Tim. 3:16). 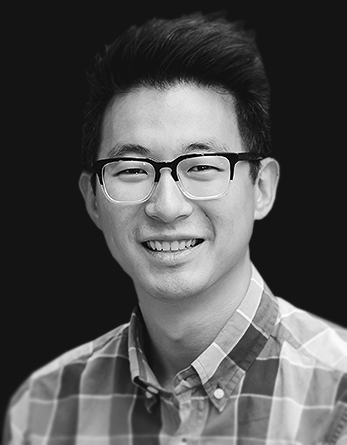 Jonathan Holmes is campus pastor at the Green Campus of Parkside Church, outside of Akron, OH. He oversees Life Groups, Community Groups, and Bible studies at Green Campus and the counseling ministries at both campuses of Parkside. Jonathan graduated with degrees in biblical counseling and history from The Master’s College and has a master’s degree from Trinity Evangelical Divinity School.