You are here: Home / All Posts / When a person feels trapped but may not want to change, what do you do?

Andy Farmer’s pastoral ministry includes a lot of counseling, so he’s often had someone tell him, “Pastor, I’m trapped in this and I need help.” It led him to write a book about it: Trapped: Getting Free from People, Patterns, and Problems. Recently we talked with Andy about the best ways to respond pastorally.

What are some common ways that people get trapped?

What do you do to help people get free?

If you really want to help, don’t be a problem solver. That’s what the person wants you to do, and we pastors tend to want to solve the problem, too. But try to focus on the whole person, not just the problem. People need to talk about their problem—their marriage, their struggle, their grief and loss—but in order to help them grab hold of the resources God gives in the midst of their problem, they need to see their problem in the context of their life as a whole. Otherwise they lose sight of who they are in Christ. They lose sight of what it means to have a Savior and to have the Holy Spirit walking with them, what it means to have a Father in heaven who knows their needs and how to meet them, and what it means to live redeemed.

What biblical themes do people need to grasp to get free?

Our sins have been atoned for by Christ—that’s the heart of the gospel, but it’s not the full breadth. The Bible paints these amazing redemption pictures—we’re reconciled to God and therefore to each other. We are redeemed, purchased out of bondage; therefore, we can be free and serve God. We’re born again; we have a new life. Those are all aspects of the gospel that can be brought to someone who feels trapped. That’s what they are looking for.

If we belong to Jesus, He is our Lord, so we need to know what the Lord wants for us. Often, people don’t know. They go to the Bible for comfort but not for God’s direction on how to escape traps and live in freedom. But the promises of Christ come to life when we follow the commands that go along with them. It’s not just “Do this” or “Do that.” It’s “You belong to Christ; He has a way for you to walk, a purpose. Are you walking that way? And if not, why not?” I’ve found that when people get convicted, they get a deeper faith; they get a vision for what they’re doing. They see progress, and you can see them begin to change. Not because they are following rules, but because they can see why the Bible’s specific calls are relevant to them.

How do you bring someone to the place where he sees that to embrace his new identity and calling, he needs to repent of the sins involved in the trap?

You want to help the person see the choices he has made in the midst of the trap, and the new choices he needs to make–and can make–because of what Christ has done for him. You can ask, “Okay, what do you mean by trapped?” Then explain, “You feel the bondage, but there is a way out. Do you know that Jesus died to buy your freedom from this trap? He can release you if you are really willing to follow Him in repentance and obedience.”

You want to help people to see any ways in which they’re trapping themselves. Many people reach the point where they see that the trap–the external temptation of pornography or substances or whatever it is–is not the root of the problem. The person is trapped because there is something the trap is giving him that he doesn’t want to give up. He’d rather stay trapped than be free. That’s where new choices of repentance and obedience need to be made. So in a pastorally frank way you can ask, “Is it possible that you’re not really looking for freedom? Are you looking to get what you can from your trap but not experience the consequences?”

That’s painful but necessary to see, because ultimately you’re not freed from traps without repenting, turning from one thing and moving to another.

That’s got to be hard for people who feel overwhelmed.

You do meet people who say, “I’d rather have the bad that I know than the unknown.” You try to help people understand, “No, faith goes toward the unknown, the unseen. Part of the problem is that you’ve lost faith because you’re looking entirely at where you are now.” Other times, people are complacent in their bondage. They don’t want to change in order to be free.

What should a pastor do then?

At some point, you give people an opportunity to decide what they really want to do, once they see the choices they need to make. As pastors, we have to recognize that we can’t set agendas for change for people and then push them along until they get to the goal. It could be that the timing for change is much slower than we would want. The person wants to be changed by one meeting. We may think, “Well, we can do this in six sessions.” But God may be saying, “This will take five years.”

This is not a point of defeat, nor is it where you try to compel the person to do something. It’s a chance to say, “Look at what God is doing. He is opening up your experience to exactly where He wants you to see it.” I don’t frame the issue; I want to help people to frame it for themselves in language that works for them. If someone gets there, it’s an Aha! moment in some sense.

Maybe not a happy moment.

It isn’t pleasant for people to see that they’ve trapped themselves by the choices they’ve made, but there can be a certain amount of true joy in recognizing, “Oh, it isn’t really that I’m controlled by my spouse’s behavior,” or some other external thing. That’s a tremendous Aha! moment, too. You want to convey with some gravity that, for them, the change will take a certain amount of radical commitment. You can come alongside and say, “This is what we have in common. God does this in my life, too. God is doing this in your life. He opens our eyes to see the real issue so that we can see what He’s doing. Now the opportunity is to cooperate with what you know God is doing.”

What happens to counseling at that point?

Every situation is different, but it’s never the goal to say, “We’re done counseling.” There might be times when you’d say, “Listen, we’ve hit a place where the next steps are probably for you to pray, consider, study, read this book, and then call me to set up the next appointment so we can talk about where you are.” I may slow down the counseling process, but I’ll be strategizing to touch base with them on Sundays or through their small group. You can help them ask their small group for help in a way that more accurately reflects their struggle.

They need to know that you are not going to abandon them in the process. You’re there for them, and encouraging them to take the next step by saying, “God is really working in this area. You want to cooperate!”

How will Trapped help pastors navigate these situations?

I wrote the book because I talk to people who don’t really understand how the gospel speaks practically to the issues in their lives. And pastors sometimes feel that they can’t speak into difficult personal struggles simply from a biblical perspective. Sometimes people need additional outside help, but often there is too limited an understanding of how much the gospel relates to the everyday struggles people have. I think a deep understanding of our redemption in Christ helps pastors to realize that they do bring a lot to the table to help people change. God is always working in people.

In Ministering to the reluctant and the resistant, Dr. Deepak Reju offers additional points to consider when you’re ministering to someone who is reluctant to change long-held habits or patterns of behavior. And if you’d like to hear more from Andy Farmer, be sure to read his helpful suggestions included in Why is it hard to get people to open up? by Sam Hodges. 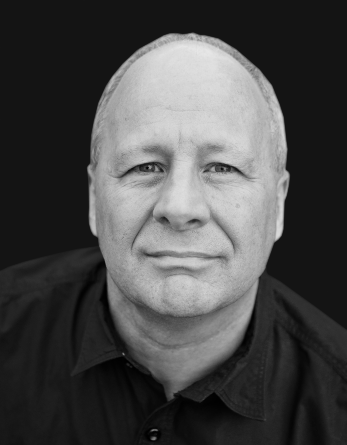 Andy Farmer, MA, has served as a pastor at Covenant Fellowship Church in Glen Mills, PA, for over twenty years. He also serves on the Council Board of the Biblical Counseling Coalition and is the author of The Rich Single Life, Real Peace, and Trapped. He and his wife, Jill, live in West Chester, PA, and have four children, including three married daughters, and several grandchildren.