You are here: Home / All Posts / Why do people cut themselves? And how to help them stop

Self-harm behaviors can be a foreign concept to many of us adults, but they are on the rise among adolescents and young adults. The National Institutes of Health indicate rates anywhere from 7 to 24 percent in teenagers, but as high as 38 percent in college-age women.1 However, these self-harm behaviors are oftentimes misunderstood by those who seek to minister to them. Given such high incidence rates, though, pastors and ministers must not only understand the motivations behind self-harm but also know how to minister to those engaging in such activities.2

Self-injurious behaviors most frequently present themselves in the form of cutting various parts of the body, like one’s arms or legs, but may also be seen in burning oneself, picking at scabs, punching or hitting oneself, pulling one’s hair, or a host of other behaviors that cause wounds or bruises. Most often, the effects of the self-harm are well concealed behind long-sleeved shirts or long pants, but other times the wounds cannot be covered and are visible to others.

Self-harm behaviors are almost always done to cope with difficult emotions such as sadness, worry, or fear.

But engaging in self-harm does not equal suicidal. One of the most common misconceptions about self-harm is that it is always linked to suicidal thoughts or intentions. However, this simply isn’t the case. While suicidal thoughts do often accompany self-injurious behaviors, the injury to oneself is not always intended to lead to suicide. In fact, some teenagers report engaging in self-harm to avoid getting to the point where they feel suicidal.

A word of warning here, though: sometimes self-harm behaviors either intentionally or unintentionally do become suicide attempts. While we cannot assume that self-harm is always connected with or intended to bring about one’s own death, we should understand the reality that either intentions change quickly or what is meant to bring only injury accidentally leads to even greater, perhaps unintended, harm or even death.

If you suspect that someone is suicidal, or that the person has means and has stated intent, take immediate action. That may mean calling law enforcement, engaging an experienced counselor, or taking the young person to the hospital.

So what are the motivations? Most often, self-harm behaviors are engaged in to cope with difficult, and many times overwhelming, emotional struggles. For instance, a teenager may be experiencing deep sadness, and for the first time in her life, this emotion seems overwhelming. Given her lack of life experience with such strong emotions, she engages in causing physical pain to cope with the emotional pain.

Alternatively, some young people express that they feel a lack of any emotion at all, so they engage in self-harm to be able to feel something, even if what they feel is negative. Paired with this, some report feelings of emptiness, guilt, or tension, and self-harm behaviors provide an outlet for those feelings.

Dealing with emotional struggles isn’t the only motivation for self-harm, though, so we cannot assume such. I have personally heard of teenagers being “bored” and having nothing else to do, who then engage in cutting themselves. I’ve also seen a trend of self-harm leading to attention from one’s peers, both positive and negative, but attention nonetheless. While we certainly cannot assume that self-harm is merely for attention, the social and cultural reality of young people also cannot be overlooked.

Ministering to those who engage in self-harm

So how can we best minister to those who engage in these behaviors? In particular, how can we love and care for these young people well when their struggle is one we have difficulty understanding?

Seek to understand. First and foremost, try to understand. The first time I sat with a counselee who engaged in cutting, I simply asked her to help me understand where she was coming from, as I had no personal frame of reference for her actions. I genuinely wanted to understand the emotions and thoughts driving her behaviors, and she was willing to share.

As ministers, we first must listen well to understand. Oftentimes, those who are struggling in this area are dealing with strong emotions that they have difficulty understanding, or they have experienced difficulties in life that we cannot imagine. We must be willing to enter their world and hear their struggles before we can speak truth into their lives.

Look for the root of the problem. Self-harm behaviors almost always point to something deeper. Most often, it is an emotional struggle. Ask questions, and ask good questions: What is the self-harm in response to, or what is it satisfying? Self-injury is a way of dealing with life problems, so we cannot simply try to change that behavior without dealing with the underlying issue. To do so would be like trying to scoop trash out of a stream when it is continually being dumped in upstream. The trash will just keep coming until we deal with the source of the problem.

We cannot simply try to change that behavior without dealing with the underlying issue.

What does this look like, though? Perhaps in listening to a young person sharing his story, you realize that his self-harm is in response to a world that he feels is in chaos, and hitting himself is the only way he has of controlling his own life. But without listening, you’d only be trying to get him to stop hurting himself rather than realizing that he is in harm’s way on a daily basis and that hurting himself gives him some sense of consistency and control.

Even though we should be listening well for the root of the problem, an immediate strategy we can take is to implement practical safeguards, for instance, removing razor blades or knives from the home or ensuring there is always someone else nearby. While we can’t feasibly remove every means of self-injury, we can remove many.

We can also instruct those around the self-injurious person to be aware of times when temptations may be at their highest. While parents can’t keep a constant eye on their teenagers, they can ensure that the teenagers are actively engaged, and they can be watching for changes in the teens’ emotions. Parents can find time as well to intentionally listen to their teenagers, asking good questions and providing encouragement for daily difficulties.

Share biblically based hope and promises. Hebrews 4:15 tells us that we have a great high priest who can sympathize in our every weakness, and that includes the temptation to self-harm. People struggling in this area have a Savior who has walked where they walk, who has been tempted as they are, and who was without sin. And as the writer of Hebrews reminds us, they can confidently approach God to receive grace and mercy. Help those who self-harm grasp that Christ understands their struggle and that He is approachable in their moments of weakness, ready to dispense grace and mercy. This truth can be used to encourage them to pray when they’re tempted to cut themselves and to help them understand that Christ accepts them when they sin.

We are told as well in Scripture that we will never be forsaken by God, and because of that truth, we do not have to be afraid. While this promise shows up over and over in the Bible, in particular we are reminded in Deuteronomy 31:8, “It is the LORD who goes before you. He will be with you; he will not leave you or forsake you. Do not fear or be dismayed” (ESV). Those fears that lead people to self-harm are not unknown to our God who goes before them, and He is constantly walking with them now.

People with this struggle have a Savior who has walked where they walk and is walking with them now.

Finally, because of the death and resurrection of Christ, we are also no longer enslaved to our sinful flesh, but are slaves to righteousness (Rom. 6:17–18). That means that followers of Christ can overcome the temptation to self-harm, by the power of God’s Spirit, who lives and works in them. That brings great hope to those who find themselves in the cycle of these behaviors.

The gospel message, then, has much to say to those who are struggling with difficult emotions, overwhelming guilt, or feelings of emptiness and to those who deal with those struggles through self-injury.

Pastors and ministers, we cannot forget the hope of the gospel when ministering to these young people. Like all of us, they need it desperately. They need people to listen to them well, get at the heart of the issue, help establish safeguards, and give hope through Christ. In doing so, we are able to walk with them, bear their burdens with them, and watch the Lord bring them out of these cycles of self-harm.

For more resources on helping people change harmful behaviors, take a look at 3 Essential Elements in the Change Process by Dr. Jeff Forrey and How to Jump-start Behavior Change by Sam Hodges and Kathy Leonard. 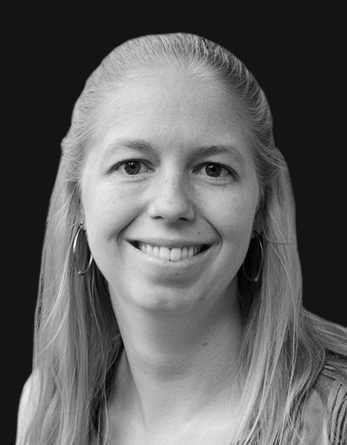 Dr. Kristin Kellen serves as an assistant professor of biblical counseling at Southeastern Baptist Theological Seminary in Wake Forest, NC. Along with teaching, she specializes in counseling young women and their families.