You are here: Home / All Posts / Observing Refugee Sunday when your church is divided

Many congregations stand divided on how to respond to the refugee crisis as we approach World Refugee Sunday. I personally have felt this tension; I am pro-refugee, and yet I know some Christians who disagree with my stance of welcoming refugees into the United States. Regardless of where you stand on the issue, chances are you’ve witnessed similar divides in your congregation if you are reading this.

The World Evangelical Alliance and The Refugee Highway Partnership are encouraging churches to dedicate either June 18 or 25—the Sundays on either side of the United Nation’s World Refugee Day (June 20)—as a day to “demonstrate their common concern for the welfare and protection of the world’s forcibly displaced people.”

The complexities and tensions surrounding the refugee crisis continue to mount, which appears to have made it more difficult for pastors and churches to engage with the refugee crisis. The schism among Christians exists not only in the public square, but also in church pews all around the US. As a result, some pastors are struggling to help their congregations come together in civic discourse around the crisis for World Refugee Sunday.

Yet, a recent study led by Dr. Joshua Hook at the University of North Texas which I collaborated on found that humility is particularly helpful for engaging religious disagreements like the one at hand. In this article I share Scripture and scientific studies on humility that can help your congregation navigate the refugee crisis.1

Humility is contagious—pastors can help their congregation more humbly approach the refugee crisis with one another by modeling humility in their own walk. Acknowledging what you don’t know makes you more authentic, and it allows your congregation’s dialogue to be more real, too.

Humility requires that your church members cultivate a willingness to view themselves more truthfully. This includes owning their limitations and admitting when they don’t have an answer or aren’t sure of what they think (Prov. 18:13, 15). People tend to be overconfident about what they think they know.

Research has shown that people’s understanding and view of the world is limited by their own cultural worldview, background, and experiences. Humility ought to make people pause and question the confidence they’ve placed in their “rightness.”

Therefore, encourage your congregation to pause and reflect on the accuracy of what they think they know about current events surrounding the refugee crisis. The unprecedented surge in fake news has made it more challenging to navigate what is truthful. This means more people in your congregation are likely getting duped. Also be aware that some in your congregation may not realize they’ve let their political views overshadow their religious convictions and understanding of Scripture.

Teach your church members to truly listen to one another—as well as to refugees and those who intercede on their behalf (e.g., World Relief, World Vision, International Association for Refugees)—with humility. Even more so, urge them to listen for God’s prompting more, not less.

Humble listening is not an easy task in this age of immediate social media responses and hot takes. With a click of the mouse people are tempted to form, consolidate, and defend opinions in an instant.

More people are also getting news curated to their interests, which is likely to reinforce their biases and limit their openness to new ideas and alternative views. People tend not to open themselves up to new information that might change their opinion. Instead, they are quick to reject or rationalize any new fact or perspective that doesn’t fit the narrative they’ve already embraced. With all of these distractions it is easier than ever for congregation members to drown out God’s voice. This is not the way to bring about kingdom change (Prov. 18:2).

Remind your congregation that humble listening means beginning not with a position, but with a posture. Speaking louder than and over others rarely sways minds (or hearts). The more superior people try to position themselves, the more likely conversations will shut down (James 1:19).

Asking questions, recognizing imbalances of power, and seeking first to understand someone else’s position are a few other ways you can help your congregation learn to humbly listen.

Serving others as a congregation nurtures the growth of humble relationships, which in turn reduces fallout when disagreements occur. Scientific findings suggest that humility helps strengthen relationships and reduces relational friction. According to Drs. Don Davis and Joshua Hook, the Social Bonds Hypothesis suggests: “Commitment promotes a sense of ‘we-ness.’… Viewing others as humble should facilitate greater commitment.”

Research has shown that helping others creates a shared sense of meaning and purpose. Serving others has also been found to help people cope with and reduce stress, according to several research studies. Not only has your congregation been called to love your neighbors, it turns out that doing so makes loving others with humility more probable.

The Bible beckons God’s people to use their time, talents, and treasure to help others (Lev. 19:10, 33–34; Luke 10:25–37; Acts 10:4 MSG). Findings from a recent study published in The Journal of Positive Psychology imply that humility might also make people more welcoming of religiously different individuals. The study suggests humility makes people less aggressive toward one another in situations where they felt their cherished beliefs have been challenged. This doesn’t mean that participants gave up their convictions, but rather that humility seemed to help people perspective shift, to see things from someone else’s point of view.

By acting as the hands and feet of Christ to refugees, your congregation is more likely to see refugees as their neighbors, as Christ commands (Luke 10:25–37 MSG), and they are less likely to be fearful of them.

Scripture reminds us that all people—including refugees and people we disagree with politically—are created in the image of God (Gen. 1:27) and that we are to care as Christ cared (John 15:12). More than ever we need to recall the wisdom of Micah 6:8 on this coming World Refugee Sunday: “act justly and to love mercy and to walk humbly” with our God. For it’s through the command to engage with humility that God often shows us a better way forward. Overall, we could all use a good dose of humility.

For more information on the trials faced by refugees, see these CareLeader.org articles: Helping the Traumatized and How to Increase Your Concern for the Victims of Racism. 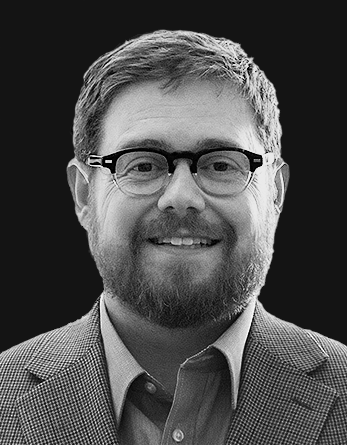 Dr. Jamie D. Aten is the founder and executive director of the Humanitarian Disaster Institute and is the Rech Endowed Chair of Psychology at Wheaton College in Illinois. His latest books include the Disaster Ministry Handbook and Spiritually Oriented Psychotherapy for Trauma. Follow Jamie on Twitter at @drjamieaten or at jamieaten.com.