You are here: Home / All Posts / Screen-shattered: Helping spouses deal with online affairs

Two years into the marriage, I found out about the pornography, and a couple years after that there was Internet chatting with women.”

Although Sarah1 wasn’t tech savvy, she decided one evening to try and set up web chatting, since it was something her husband had said he’d wanted. The computer was set with an automatic login using his username and password. After logging in, Sarah saw something curious.

“I saw an address book pop up, and it was all women’s names. I kept thinking, This is weird. Why would he have women’s names? While I was sitting there, one of the ladies popped online and started chatting like she thought I was my husband. I initially started chatting back with her under the guise of being my husband, and finally I said, ‘I’m sorry. This is his wife, and I don’t know what’s going on.’ She was very open, and she said, ‘He told me he was divorced. We met a couple weeks ago.’

“I really suffered when I found out about the chatting because it was not just looking at something, it was now interacting with someone else. I actually spoke to some of the ladies he had spoken to and found out what they were doing.”

It turned out her husband was “chatting” with online strippers. “It was just shattering to me,” says Sarah.

How to care for betrayed wives

Wives of unfaithful husbands are sitting in our churches, and that infidelity can come through various means, including physical sexual relations, intimate attachments, online affairs, and cybersex. How can you minister to these women in a way that’s sensitive to their unique hurts and is truly helpful?

These five points will guide you in ministering to a betrayed wife.

Offer Scripture speaking to her worth

While it’s important to give betrayed spouses Scriptures that encourage one to trust God, forgive, and grieve, many women question their self-worth after their husband’s infidelity.2 So you’ll also want to find verses that remind them how much they mean to God. Passages of Scripture that speak of our intrinsic worth and God’s love for us can help restore or lay a foundation for one’s dignity (Ps. 139:13, 1 John 3:1–3, Zeph. 3:17).

Provide awareness as to what to expect in the aftermath

People who admit to acts of infidelity often reveal their thoughts and past actions gradually. While a wife might be willing to endure the initial revelation of her spouse’s unfaithfulness, she may have more trouble dealing with the steady drip of lies and deceit as further past actions are revealed. These steady drips contribute to the failure of marriages. Equip her with the knowledge that this is likely to happen as the husband reveals further thoughts, actions, motivations, and details.

Brad Hambrick’s True Betrayal video series is an excellent resource to help betrayed spouses understand why they are hurting so deeply and how to heal and move forward. The nine-part video series can be viewed online at no cost.

So many people feel they are the only one with a particular struggle. Connect the women in your church in a safe and spiritually healthy setting with others who’ve been betrayed by their spouses. “I had felt very alone,” shares Sarah. “It was a huge comfort to see other people were going through what I was going through. It made me feel good to interact and have that connection with people who knew where I was.” These supportive connections in the church were a valuable part of Sarah’s healing process.

Teach forgiveness, but don’t rush it

Sometimes wives of unfaithful husbands are rushed into forgiveness, without being given the needed support and care for her shock, wounds, confusion, bleeding heart, and self-doubt. Triage first, then instruction.Teaching forgiveness is a crucial part of ministering to a betrayed wife, but it’s important for the wife to understand (1) what forgiveness means, (2) that it takes time, and (3) that she may need to forgive multiple times as she continues to become aware of new aspects of the betrayal and what’s been lost. When encouraged to forgive, the betrayed wife may misunderstand what is being asked of her and may assume that forgiving her husband means/requires:

Even if the betrayed spouse is able to understand how much Christ has forgiven her, if she has a wrong idea of what forgiveness is, that can make it harder for her to embrace it. Make sure the woman understands that forgiveness doesn’t mean that she has to be naive, minimize the offense, or get her husband to fully appreciate what he has done or even get him to want to be forgiven. That awareness can make it easier for her to forgive as she has been forgiven.

Don’t make the offending spouse out to be a hero

If the husband, too, has come to you or another church leader for help, be careful about making the “repentant” husband the hero and sole focus of your ministry efforts. As you are trying to help and restore the unfaithful husband, the attention you give him can send an unintended message to the wife who has been betrayed. She may think:

Infidelity abounds in churches and in the community, and the availability of online intimacy and sex only increases the problem. Having a ministry plan in place will help your church provide specific care for the hurts faced by a betrayed wife. What approaches have you found helpful in ministering to betrayed spouses?

Sam leads the CareLeader team. As a seminary-trained, ordained pastor, Sam knows firsthand a pastor’s desire to provide effective care to hurting people in the church and community. He directs and oversees CareLeader’s content, making sure the articles and videos equip pastors with information and ideas that are strategic, do-able, and consistent with Christ-centered, biblical care principles.

Sam also leads Church Initiative’s editorial team and has written and produced a number of Church Initiative’s video-based small group curriculums. They include GriefShare second and third editions (2006, 2014), DivorceCare third edition (2012), and Single & Parenting (2011). Sam is also coauthor of Grieving with Hope: Finding Comfort as You Journey Through Loss.

Sam graduated from Howard University with a bachelor of arts in communications. After that he received a master of divinity degree from Southeastern Baptist Theological Seminary with an emphasis in Christian education. Sam has also served on staff as a discipleship pastor at Infinity Church in Laurel, MD. 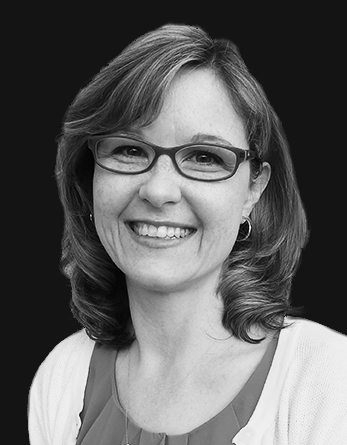 As editorial director, Kathy upholds the editorial standards of the CareLeader.org text. Kathy is also a regular contributor to CareLeader.org. Over the past fifteen years, she has written a variety of care ministry and care ministry training materials for Church Initiative. Kathy’s writing and editorial work can be found in the leader’s guides and workbooks for GriefShare, DivorceCare, Single & Parenting, and Surviving the Holidays.

Through research and personal experience, she deeply understands the mind-set and concerns of hurting people. She is coauthor of Grieving with Hope: Finding Comfort as You Journey Through Loss, Through a Season of Grief: Devotions for Your Journey from Mourning to Joy, and DivorceCare 365 Daily Devotions.

Kathy graduated from the University of Maryland Asian Division with a bachelor’s degree in English. She and her husband, Tim, live in Palmyra, VA, and have three children: Jacob, Alanna, and Luke. She enjoys reading, dancing, cooking, and leading a ladies’ Bible study at her church.