You are here: Home / All Posts / Ministry to military personnel

How might you minister to the men and women in the US military? Those who serve our country in the Army, Navy, Marines, Air Force, and Coast Guard take a season of their lives to serve and protect us. Their lives inevitably involve sacrifice and stress. Consequently, they are likely to need a lot of pastoral care and support. Chaplains are employed by the branches of the military to provide this sort of care. Yet, the need is great enough that local church pastors can make a contribution as well. With this in mind, we interviewed Major Jonette Englehardt, an Army Reserve chaplain, and Colonel Ken Lawson, a full-time Army chaplain, about the levels of involvement you and your congregation might offer to our troops.

For most churches, it won’t be easy to see how they could be involved in the lives of servicemen and women, because they are not near a military base. However, we asked the chaplains how congregations might minister to military personnel from a distance.

Colonel Lawson: There are some things that a church can do from a distance. They can contact a base chaplain and say, “We would like to send books, Bibles, tracts, devotional literature, care packages to soldiers who have been deployed. Can we have an address?” Churches usually can get an address and then send the box to the chaplain.

Major Englehardt: If a young person from a congregation enlists, I think the key is keeping in contact with the soldier. If the person goes on active duty, the local pastor might not keep in contact with the soldier. It’s so hard because the military moves you every two to three years to a new post, but I think that if the local pastor knew about the transitions that the soldier goes through, he or she could better encourage and pray for the soldier. Single soldiers, in particular, have struggles with homesickness, and we chaplains try to help them to stay connected in their unit. Churches can help out by maybe adopting a single soldier, sending him or her cards of encouragement.

If a soldier has returned from a deployment, I think it would helpful to have a spouses’ day out where the military couple can have a retreat to reconnect and maybe not deal with some of the stresses of life. The church could have some babysitters so the couple can go on a date night and get reconnected with one another.

Offer support to the kids too. They’re going through a major change, and the youth group and others could come around these kids and say, “Hey, how are you doing?”

Reaching out to a nearby military base

If your church happens to be near a military installation, the opportunities for reaching out to the troops increase. We asked Colonel Lawson, who is senior chaplain at a major military base, how local pastors might minister to military personnel who work at a base.

The first thing a civilian pastor in a nearby church would do is set up an appointment with the senior chaplain. “Hey, we’re located nearby off base. We would love to be able to have a ministry to the men and women here on the base.” The pastor will make an announcement through the chaplain to say, “We’re opening our homes to servicemen and women who want to get off base and have a meal.” That’s typically well received, especially by single soldiers who are away from home.

Another thing that churches can do is offer a military appreciation service some evening or a Service Members Sunday, or something like that, where men and women come in uniform, hear a military or patriotic type of sermon, and then afterward eat a free meal prepared for them. That’s a great way to interact with servicemen and women, because quite frankly, we really like to eat. You could offer the chaplain an opportunity to preach in the church as well.

Then the pastor can say to the chaplain, “You know, I’m interested in having a Bible study on the base. Is that something that would fit into your religious support plan? Would it be possible to have a Bible study on the base so that I can have an outreach to…”, and you just name your topic. A couple of years ago, a pastor approached me about an outreach on our base. I interviewed him. I did a background check on him. We built bridges, and now his church is helping me in my ministry to the servicemen and women and their families.

The greatest level of involvement you could have is becoming a Reserve chaplain. We asked Major Englehardt what she does in this capacity.

Major Englehardt: Reserve soldiers and their chaplains are away to fulfill their responsibilities usually once a month, and then we usually do two weekends in the summer. Chaplains are with them the whole time. We offer a chapel service on Sunday morning and have like office hours after that to be available to the soldiers. We do a lot of counseling with our soldiers.

Chaplains are free to minister from the religious or denominational tradition in which they were trained. If soldiers come to us for counseling, we let them know what tradition we come from. They can choose whether to stay in counseling with us or choose somebody of their own faith group, because there are chaplains for Muslims, Jews, etc. We know who those chaplains are, so it wouldn’t be that hard to get them in contact with the other chaplain.

Sometimes we have duties where we have to go with another officer to let the family know that their soldier was killed in action, so we do some grief counseling. I volunteered to go to Germany to take care of the families while the soldiers were downrange in Iraq. Then I ended up getting sent farther down to Iraq to help with the holiday services, because the holidays are hard times of separation to be away from their families.

In addition, once you move up in rank you are still responsible for soldiers, but then you’re also responsible for other chaplains underneath you; you’re kind of their supervisor and help them out.

If you are interested in exploring further what is involved in military chaplaincy, check out the following websites:

Regardless of how you choose to minister to military personnel, you can be confident that your efforts will be appreciated by the service members who receive your ministry and by our Lord, whose name you honor through your ministry. 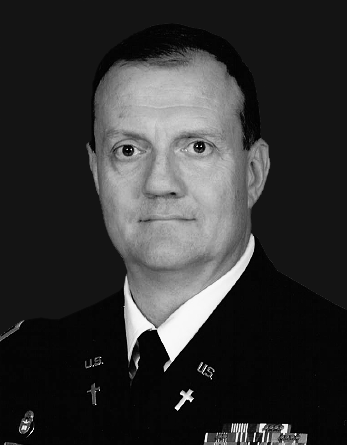 Kenneth Lawson served in the Army and in 1989 he was commissioned as a chaplain candidate in the Army National Guard, where he served for ten years. During these ten years he also served as a full-time civilian pastor. From 1999 through the present, Ken has been active duty in the US Army Reserve. He is a graduate of Salem State College (BS), Bob Jones University (MA), Cincinnati Bible Seminary (MDiv), Bethany Theological Seminary (DST), and Preston University (PhD). His military education includes basic training and advanced individual training at Ft. Gordon, GA; chaplain officer basic course; chaplain officer advanced course; command and general staff college; division chaplain course; chaplain colonel’s course; and the US Air Force Air War College. He has had published dozens of articles and twelve books on religious and/or military themes. Ken and his wife Vera reside in Derby, Vermont, and are the happy parents of four children. 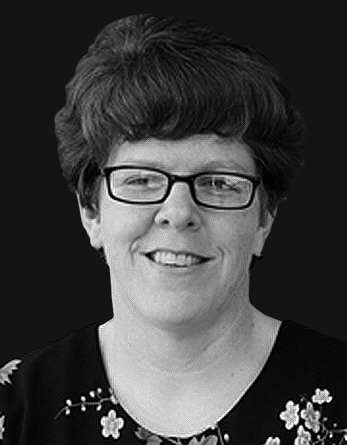 Jonette Englehardt attended Indiana Wesleyan University and graduated in 1996 with a double major of Christian ministries and biblical studies. She attended Asbury Theological Seminary and graduated in 2000 with a master of divinity and was ordained in the Wesleyan Church in 2001. She graduated from chaplain officer basic course in April 2003. She has served as rear detachment chaplain, taking care of the families of the soldiers who deployed to Iraq. She has served as battalion chaplain in Baghdad and in Oklahoma. In 2007 she transferred to Fort Campbell, Kentucky, was later deployed to Tikrit, Iraq, and then transferred back into the Army Reserves. Jonette is currently the family life chaplain at the 84th Training Command at Fort Knox, Kentucky. She is married to Richard Englehardt and has two children.