You are here: Home / All Posts / Changing ideas about the cause of depression

A good deal of recent research has been published that is really interesting to anyone involved in medicine and Christian counseling. Some of it takes commonly held ideas about the cause and treatment of depression and turns them upside down.1 Other articles give some encouragement about the role of Christian counseling in helping those who struggle with sadness and depression. Let’s start with new thinking about the role of serotonin in depression.

For the last thirty years, we have been told that depression is caused by a chemical imbalance that includes a low serotonin level in our brains and that medication is the solution. In an article published in the journal Neuroscience & Biobehavioral Reviews,2 the authors challenge both ideas. In the article, “Is Serotonin an Upper or a Downer?” the writers make three interesting observations.

After thirty years of being stuck in an unprovable chemical imbalance world, it is exciting to see medical science doing research that aims at a better explanation for things we see clinically. Anyone in medicine or counseling involved in the care of those labeled as depressed in the past three decades has been aware of the two-week delay phenomenon. Most of us have seen patients who struggle with symptoms of anxiety, nausea, and other side effects of the SSRI antidepressants. This research does two things for us in medicine and counseling.

First, it turns medical researchers away from the fixation on low serotonin as the explanation for everything wrong with those struggling with depression. Now, we are free to look elsewhere. In the words of the authors, “Understanding the true relationship between serotonin and depressed states will be important in understanding the etiology of those states and developing effective treatment.”5

I have written–along with many others–that depression in the United States is amazingly overdiagnosed. Perhaps ninety percent of those labeled depressed every year are simply normally sad over loss.6 That does leave ten percent who have many medical problems, including some who have disordered sadness for no apparent cause. The current crop of antidepressant medications do not work well even for those in that ten percent category. It would be great if this research sends medical researchers looking for a better answer for the cause and cure for the struggles of those in the ten percent category who may have a medical reason for their sadness.

Second, this research reminds those of us in Christian counseling that we are not obligated to counsel people according to labels or theories that have no credible scientific evidence to support them. This is especially true when those theories conflict with Scripture. The good news has always been that the answer to prolonged normal sadness can be found in the pages of our Bible. And even those who struggle with disordered sadness or depression with a medical cause can find the same comfort and encouragement in the Scriptures that anyone with a chronic disease can find. 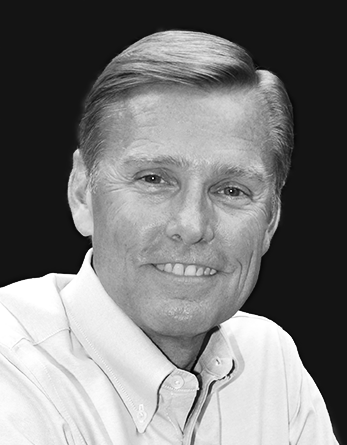 Charles is a family physician who practices medicine in Indianapolis. He is a graduate of the Indiana University School of Medicine, Liberty University, and Liberty Baptist Theological Seminary with degrees in medicine, counseling, and religion. He is board certified in family medicine and geriatrics and is a licensed marital family therapist. Dr. Hodges teaches and counsels at the Faith Biblical Counseling Ministry and teaches on medical subjects in biblical counseling around the country and abroad. He and his wife, Helen, have been married forty-one years and have four children and twelve grandchildren. He enjoys golf and running.