You are here: Home / All Posts / Helping victims of domestic abuse

To understand domestic abuse properly, let’s start with the word abuse, which comes from the Latin word abutor, meaning “to use wrongly.” It also means “to insult, violate, tarnish, or walk on.” So domestic abuse, then, occurs when one partner in the home uses the other partner for wrong purposes. Anytime a human being uses another as a punching bag, a depository for rage, or something to be controlled for that person’s own satisfaction, abuse has occurred. Anytime words are used to demean or insult or degrade, abuse has occurred. And anytime there is intimidation and threats and humiliation, abuse has occurred.

Domestic abuse is something you as a pastor may encounter, or it may be a “silent sin” within the church that goes unseen. Either way, it is a reality, and one for which we must be prepared. But how do we do this? How can we prepare to minister to victims of domestic abuse? Below, I share four common pitfalls of pastors and leaders, then conclude by explaining how the church is called to act in these situations.

Pitfall #1: Not realizing the frequency of abuse

We need to realize just how frequently abuse happens. We are surprised by it in the church, but statistically 20 percent of women in this country will experience at least one episode of violence with a husband or partner.1

That’s almost one-third of women, and that includes women in the church.

20% of women in this country will experience at least one episode of violence with a husband or partner.

Further, more than three women are murdered each day by their husbands or boyfriends.2 Or here’s another statistic: pregnant women are more likely to be victims of homicide than to die of any other cause.3 That is astounding. And again, those numbers don’t change when you survey women within the church.

Pitfall #2: Not calling abuse what it really is

One of the most important things we can do is call abuse what it really is, because people have a tendency to rename abuse into other things. For example, an abuser might say, “I was upset from a bad day at work … which is why I turned the table over, broke the dishes, and hit my spouse,” or “It was a mistake.” Abusers use words to minimize what has been done and make it seem normal. And unfortunately, those trying to help do the same thing, saying things like “Can’t you forgive so-and-so for that mistake?”

But domestic abuse is not a mistake. It is abuse; it meets the definition of abuse. So we have to call it what it is, because we are called to the truth. We have to call things by their rightful name. By changing the wording, we diminish the gravity of the sin.

By changing the wording, we diminish the gravity of the sin.

Unfortunately, this instruction is one of the biggest mistakes pastors and church leaders have been known to make. So many women are sent home by church leaders to be screamed at, humiliated, and beaten, sometimes to death. Their husbands can break their bones, smash in their faces, terrify their children, break things, forbid them access to the money, and all sorts of things, but they are told to submit without a word and be glad for the privilege of suffering for Jesus.

Pitfall #4: Protecting the institution of marriage instead of the victim

Domestic violence is a felony in all fifty states. So, to send people home and not deal with it, not bring it into the light, and not provide safety is to be complicit in lawbreaking, which is also illegal. In sending women home, the church ends up partnering in a crime. But it is not the church’s call to cover up violence. Paul says in Ephesians 5 to expose the deeds of darkness so the light can shine in. That’s the only way there is hope for truth and repentance and healing.

I also find one of the things that confuses Christians is we think that if we take the wife and children out of their home to bring them to a safe place, for example, we are not protecting “the family.” We say that we have to protect the family because it is a God-ordained institution, which it is. But what we forget is that God does not protect institutions, even ones He has ordained, when they are full of sin.

It’s easy for us to forget that truth, and particularly when we know those who are abusive, we tend to want to believe them. We don’t understand how incredibly deceitful and manipulative they are, deceiving first themselves and then others. We think we can tell when people are lying—even though the Scriptures say we are all so deceitful, we can’t even know the depths of it. But we are deceived into thinking that they wouldn’t do something so severe. And while we think we are doing the right thing by believing or trusting them, we are actually completely opposed to Scripture.

The calling of the church

The church is called to be the church. What that means is that we are called to protect the vulnerable and the oppressed; that’s all through the Scriptures. And we are called to hold others accountable, despite the tough road to repentance, even if they are our best friends.

So when a pastor hears from a woman that she is being abused in her home, the first step is to find out what that means. It could be verbal abuse, or it could be that her life is in danger, and she and her children need to be taken out of the home and put in a safe place.

Unfortunately, though, not all victims of domestic abuse feel that they are able to leave, a source of frustration for many caregivers. The vast majority of women in these situations love their husbands and want their marriage to work, and many times, the husband assures her that he won’t do it again. She wants her husband, so she keeps going back. So while we want to ensure her safety by not sending her back to an abusive home, we also want to give her the dignity of being able to make her own decision, which he does not give her.

As pastors and leaders, we must not minimize abuse, nor should we teach women that submission means being a punching bag, even a verbal one. We also cannot minimize the gravity of the issue or be naïve to its prevalence in the church. Instead, the church is called to love and protect those who are vulnerable, to walk with them and care for them well. 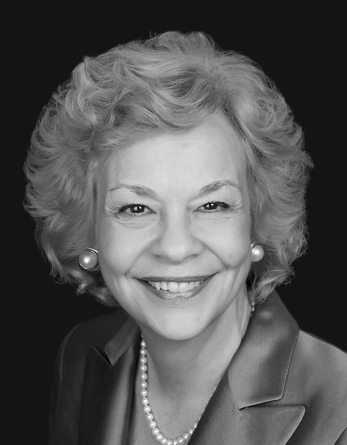 Diane Langberg, PhD, is globally recognized for her work with trauma victims (www.dianelangberg.com). She trains caregivers in responding to trauma and the abuse of power. Her most recent book is Suffering and the Heart of God: How Trauma Destroys and Christ Restores.