You are here: Home / All Posts / Helping PTSD sufferers

Consider the following scenarios that someone in your congregation might face: James narrowly survives a terrorist attack. Janette witnesses a rape or murder. Melody is told that her child was killed in a car accident. Any of these events can count as traumatic events (in the technical use of that term) if these individuals respond to those events with emotions of intense fear, helplessness, or horror.

The nature of PTSD

Posttraumatic Stress Disorder (PTSD) can be precipitated by such traumatic events. However, it also requires the presence of certain additional symptoms that last for more than one month and that result in significant functional impairment in social, occupational, or other important life contexts. These symptoms include nightmares, flashbacks, intrusive thoughts about the trauma, avoiding reminders of the traumatic event, insomnia, hypervigilance, and an exaggerated startle response.

PTSD is approximately twice as likely to occur in women exposed to trauma as it is in men. Rape appears to be the single traumatic event with the highest risk of precipitating PTSD. Although highly prevalent in combat situations, combat-related PTSD comprises, overall, only a minority (15 percent) of PTSD cases in this country; hence, in 85 percent of cases, one suffers from PTSD by virtue of being a victim, a witness, or a recipient of information involving life-threatening situations.1

The benefit of faith

Beyond the typical medicinal and psychotherapeutic treatments for PTSD, spiritually based interventions are perhaps the most neglected, and potentially some of the most important, ways both to facilitate the well-being of PTSD sufferers and to prevent the onset of PTSD (by increasing their “resiliency” or “hardiness”).3 PTSD typically changes the way in which sufferers experience the world, and religious faith can help them adapt to or reverse this change.

The value of your pastoral care for PTSD sufferers should not be underestimated. In fact, Alan Fontana and Robert Rosenheck have stated, “One of the most pervasive effects of traumatic exposure is the challenge that people experience to their existential beliefs concerning the meaning and purpose of life. Particularly at risk is the strength of their religious faith and the comfort they derive from it.”4 Fontana and Rosenheck conclude that especially veterans’ “pursuit of mental health services appears to be driven more by their guilt and the weakening of their religious faith than by the severity of their PTSD symptoms or their deficits in social functioning,” adding that “a primary motivation of veterans’ continuing pursuit of treatment may be their search for a meaning and purpose to their traumatic experiences.”5 For these reasons, your counsel to PTSD sufferers might highlight these biblical themes to help them reengage their world:

Another important focus for your spiritual intervention with PTSD sufferers involves the notion of “moral injury” (when someone experiences guilt, shame, regret, or remorse).6 In many cases PTSD is accompanied by feelings of shame and guilt for one’s perceived role in creating the traumatic experiences. For example, combat veterans often feel guilt (termed survivor guilt) for having survived a firefight while other comrades in arms died or were badly injured. There is often in such cases a sense that, had they acted more courageously, or had they volunteered for a given assignment for which they did not volunteer, or had they been less concerned about their own well-being or more concerned about the well-being of their fellow soldiers, their friends might not have died or been seriously wounded. There is, in these cases, often a feeling that they have been selfish or reckless or cowardly. That can lead to wishing that they had been killed or injured rather than those who actually were. This can be followed by a lifetime of acting in ways consistent with the conviction that they do not deserve to live a good and happy life.

There is an additional, more direct manner in which guilt and shame can be precipitated. In my work with veterans, I routinely encounter cases of PTSD that have resulted from a veteran’s killing of an enemy in combat. Tragically, suicidal behavior and thinking are not uncommon in PTSD.7 Guilt over one’s own perceived morally damaging combat actions is a significant additional risk factor for suicide in war veterans.8

The reason that PTSD symptoms are often associated with suicidal thinking or behavior, even if these symptoms arise after someone’s involvement in war, is not difficult to discern when noncombatants (unarmed women and children) had been killed. It might be more difficult to understand, however, how someone might suffer from PTSD when enemy combatants had been killed in war. However, if soldiers grew up in homes and were taught to love (or at least respect) other people, and then come to be placed in a position in which killing others is expected, then profound internal conflict, emotional disequilibrium, and moral injury can result.9

How might you help PTSD sufferers recover from these forms of moral injury? Your counsel can focus on:

Jesus’ difficult, but profoundly wise, teaching to love one’s enemies (Matt. 5:44) is deeply healing. The Vietnam Veterans of America, among other organizations, has attempted to be a vehicle for this healing by sponsoring return trips to Vietnam (“Tours of Peace”) for Vietnam veterans in which arrangements are made for them to engage in humanitarian projects (including providing food, medicine, clothing, school supplies, tools, and livestock to villages, schools, orphanages, hospitals, and homes) in order to help the Vietnamese people rebuild their lives in the aftermath of the Vietnam War. In the process, veterans affirmed the humanity of their former enemies and extended compassion toward those whom they formerly hated and wished to kill. Along these same lines, you could suggest or even organize other ways for veterans to demonstrate Christlike love, such as getting involved in short-term relief efforts, sponsoring children in those parts of the world where they had served as soldiers, becoming supporters of missionaries in other parts of the world where they had served as soldiers, etc.

A redemptive response to moral injury

Of course, it’s not only veterans in your congregation who might struggle with PTSD. Thus, moral injury can extend into other domains of human experience that are, for most of us, closer to life situations in which we find ourselves. Occupational contexts in which Christians are pressured by administrators to act in ways that violate their conscience create opportunities for moral injury. Suppose, for instance, that Jamie is a physician at a hospital and is pressured to prescribe or dispense birth control pills for patients who are not married, or to perform abortions. If Jamie is convinced these activities are intrinsically evil, not only would she violate her own conscience by participating in those activities, but it also seems that even referring those patients for others to perform those acts would itself be evil and result in moral injury.10

Unfortunately, in this fallen world, pressures to compromise morally—as in Jamie’s situation—are common. Therefore, “posttraumatic” experiences resulting in moral injury are not far from any of us. However, you still hold the only answer that can address moral injury definitively: the forgiveness and spiritual repair that comes from our gracious God through faith in our Lord and Savior, Jesus Christ. 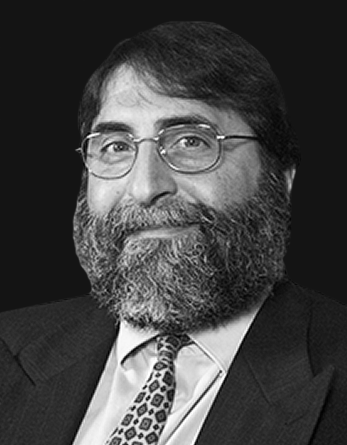 This article is adapted from an earlier article by A. A. Howsepian that first appeared on http://www.equip.org/article/moral-damage-spiritual-repair-posttraumatic-stress-disorder (March 1, 2015). Used by permission from Christian Research Institute. Adapted for CareLeader.org with permission from the author.