You are here: Home / All Posts / Helping perfectionists receive criticism

Dr. Amy Baker, author of the book Picture Perfect, talked with us recently about how perfectionists struggle when criticized, whether justly or unjustly. Her answers give pastors needed insight for counseling perfectionists who don’t handle criticism well or who need special encouragement to not resort to hopelessness.

Why do perfectionists have trouble receiving criticism?

How do perfectionists respond to criticism inwardly?

Perfectionists might not respond much differently than any of us who receive criticism and struggle with it, but pastors should be aware that perfectionists may stew about it. Criticism may make them angry, and they may internalize that anger.

And some people are just devastated by criticism. They become hopeless and think, “I am not worth anything, and I can’t do anything right.”

How do perfectionists respond to criticism outwardly?

Perfectionists may try to defend themselves or think of ways the criticism isn’t really accurate; they may respond with criticism of their own; or they might not say anything. If they’re people who tend to stew or seethe, it may only stir them up inside. For example, the perfectionist may appear to receive the criticism very well, and the other person may think, “Wow, that went pretty well.” But, inside, the perfectionist is upset by it and just didn’t respond outwardly.

Do perfectionists see their responses as problematic?

Those who struggle with perfectionism are probably not too self-aware about how they handle criticism. Isaiah 44 says that idols prevent us from understanding that what we’re pursuing is really a lie. Psalm 115 says that those who pursue idols become like them: they can’t see, they can’t hear, and they can’t understand. Chances are if a person has been pursuing and living for perfection for a while, he or she has probably lost some of the ability to see, to hear, and to understand and won’t even realize that his or her response to criticism is a problem.

How can pastors use Isaiah 64 to help a person who is crushed by criticism?

According to Isaiah 64, God sees what we consider to be righteous acts as filthy rags, so God’s criticism is the most damning criticism perfectionists are ever going to experience. Pastors can remind people that being criticized doesn’t have to end in devastation or tears because as we agree with God that we are foolish, rebellious, corrupt, and wicked to our very core, we confess. We agree with Him, and then we trust the very One who has criticized us.

Pastors can encourage their counselees that God’s criticism can turn into their greatest joy because the faults that He identified so accurately are obliterated when they are crucified with Christ. God crushed Jesus so that their slate could be wiped clean. Perfectionists work so hard to get everything right and can be devastated by criticism. But all those things they thought were good, but just don’t measure up to God’s standards, get erased.

No one can find as much fault with us as God has. Yet no one has loved us more. Pastors can remind perfectionists that they receive grace from God. Dr. Alfred J. Poirier, pastor of Rocky Mountain Community Church in Billings, MT, expresses this well. He writes,

If I know myself as crucified with Christ, I can now receive another’s criticism with this attitude: “You have not discovered a fraction of my guilt. Christ has said more about my sin, my failings, my rebellion, and my foolishness than any man can lay against me. I thank you for your corrections. They are a blessing and a kindness to me. For even when they are wrong or misplaced, they remind me of my true faults and sins for which my Lord and Savior paid dearly when He went to the cross for me.”1

I love that quote. And I think if pastors encourage perfectionists to have that mind-set it will enable them to handle criticism well.

What holds the perfectionist back from fully embracing God’s truth?

Pastors who don’t struggle with perfectionism might feel frustrated that perfectionists just can’t “get” the truth right in front of them. But pastors need to be aware that there are several things going on here. One is that perfectionists likely believe if they look bad, others are going to think poorly of them. They also may fear that if they’re God’s representatives and they look bad, then they’ll make God look bad, and they dread the shame they think comes with that.

Also, pastors need to remember that personal change doesn’t happen simply from understanding. Change occurs step-by-step as a person seeks to put off old habits, renew his or her thinking, and put on new habits. Just because a perfectionist knows something doesn’t necessarily mean that he or she is living it out.

As long as a person believes an idol will fulfill him or her, the person’s understanding is going to be clouded. Back to Psalm 115, we become like what we’re pursuing: deaf, mute, blind, and without understanding.

What key realization will help perfectionists change their responses to criticism?

There probably won’t be an aha moment when the perfectionist suddenly hears just what he or she needs to hear in order to trigger change. My guess is that many of the things a pastor may say to the perfectionist will be things that he has said before or that the person has heard before. It’s really a matter of beginning in faith to take steps of growth: choosing to rely on Jesus, asking the Holy Spirit for help and power, taking captive each thought, and then practicing that over and over and over again until it morphs into a habit.

What can help perfectionists when they receive unjust criticism?

When a perfectionist is criticized, that person can start by reminding himself or herself of 1 Peter 2:19–25, where God says that it’s commendable if a man bears up under the pain of unjust suffering because he’s conscious of God. If you suffer for doing good and you endure it, this is commendable before God.

Pastors can help perfectionists understand that when Christ was criticized unjustly, He didn’t retaliate. He didn’t give insults back. He entrusted Himself to Him who judges justly. And part of our purpose as Christians is to follow Christ’s example on earth.

For further information on helping people who face struggles due to perfectionism, see Counseling the Perfectionist, also by Dr. Amy Baker. 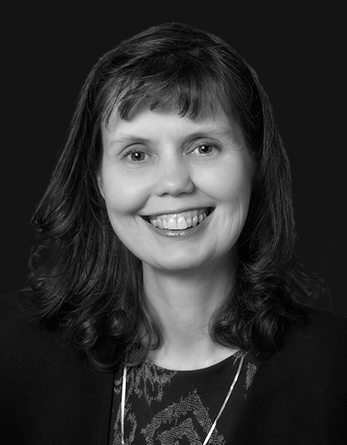 Amy Baker, PhD, has been a biblical counselor for over twenty-five years. She is a Biblical Counseling Coalition council member and a member of the Association of Certified Biblical Counselors. Amy has written a number of books and minibooks, including Picture Perfect: When Life Doesn’t Line Up and Getting to the Heart of Friendships. Amy is married to her best friend, Jeff.