You are here: Home / All Posts / Helping people gain freedom from regret

The pain of regret and the constant nagging of a conscience that knows they’ve sinned and been foolish have the potential of crippling people forever.

They know they’ve done wrong, but it’s too late to undo it. Now they must live with the consequences, whatever those may be. But what does living with the consequences look like? Beating themselves up forever? Living in a state of habitual sullenness? Growing bitter toward others or God?

People who are suffering from regret wonder, “Is this how it must be, or is there a better way?”

King David was a man forced to live with the consequences of his own irreversible choices. After his escapade with the midnight bather (Bathsheba), he could no longer pretend it was just a bad dream: she was pregnant with his illegitimate son. Her husband was dead, and the blood was on his hands—and the whole kingdom knew it. His sin was ever before him. Feelings of regret had the potential of haunting him forever, leaving him spiritually incapacitated and useless to God. But did it have to be this way? Or, was there a better way?

Psalm 51 reveals that indeed there was a better way, and David found it. It is the way of being cleansed by the forgiveness of God. It is the way of ceaseless praise for grace that is greater than sin. His musical prayer begins with a plea for grace: “Have mercy upon me, O God, according to your lovingkindness; according to the multitude of your tender mercies” (v. 1). His plea to the God whom he knew could only act in accordance with His character produced a bold request for pardon: “Blot out my transgressions. Wash me thoroughly from my iniquity, and cleanse me from my sin … purge me with hyssop, and I shall be clean; wash me, and I shall be whiter than snow” (vv. 2, 7). So conﬁdent was David in the promise of God’s forgiveness that he sang, “Restore to me the joy of your salvation” (v. 12).

Understanding the joy of salvation = the key to dealing with regret

Herein lies the secret to dismantling the crippling power of regret: we must refuse to allow the painful reality of our sin to get the upper hand by casting a dark shadow over the grace and forgiveness of God. Satan, the accuser of the brethren, would love for us to become so obsessed by regret that we no longer stand in awe of a God who delights in restoring hopelessly ﬂawed sinners. Restored to God, David was ready to be used by Him. “Then I will teach transgressors your ways, and sinners shall be converted to you” (v. 13). Were the consequences gone? No. But the guilt was. Were regretful thoughts totally nonexistent? I doubt it. But David was determined to move on with God anyway.

Interestingly, this was the Apostle Paul’s choice, as well. He told the Philippians: “Brethren, I do not count myself to have apprehended; but one thing I do, forgetting those things which are behind and reaching forward to those things which are ahead, I press toward the goal for the prize of the upward call of God in Christ Jesus” (Phil. 3:13–14).

How to explain these ideas to counselees

We’ve all made foolish and sinful decisions. In fact, at times I have allowed the pain of regret to overwhelm me almost completely. But God’s empowering grace has been sufﬁcient in the end.

When counseling people dealing with regrets, I let them know that we all have things in our past we wish we could change, but some things cannot be undone. I also tell them that many of our bad choices might be redeemed by the Lord, and when He does redeem them, praise Him! But many may not. Some consequences will remain until the end of time, until the groaning will be removed at His glorious return. However, that does not mean we must let them cripple us now. We do not have to be slaves to regret; we can make regret our slave, if we keep the restoration of God always at the forefront of our minds.

As people wrestle with regrets from their past, they may struggle with facing other people, because those people are physically present and often not very gracious in their responses. While they cannot stop another person’s negative comments, they can remind themselves that ultimately it is not the other person’s judgment that matters. Only God’s judgment matters. This was a liberating conclusion David reached (Ps. 51:4).

“Look for the lessons”

Even when there are ongoing consequences to sin (such as people’s criticism), there are lessons to be learned (cf. Ps. 119:71). Encourage people to look for the lessons: look for how the consequences provide new opportunities to experience God’s provisions and to demonstrate godly character.

“Focus your thoughts on Christ’s death and resurrection”

People troubled by past regrets might have a “memory problem.” The problem is not that they cannot remember, but rather, that they struggle to stop remembering what they did and its impact on their life and the lives of their loved ones. Impress on them to not let memories of the sin overshadow the memory of Jesus hanging on the cross—struggling with intense pain simply to gasp for air, and finally making a muted, but triumphant announcement: “It is finished” (John 19:30). Encourage them to make it a point to stop and meditate on the crucifixion and resurrection accounts recorded in the Gospels, reflecting on images of Jesus hanging on the cross and then walking out of His tomb, because those events are no less real, true, or meaningful for them as children of God than are the memories of personal sin.

“Tell others about your experience of God’s grace and mercy”

Finally, another aspect of overcoming regrets that is mentioned in Psalm 51 has to do with an appropriate response upon remembering God’s forgiveness and cleansing. David’s own awareness of God’s forgiveness energized his desire (1) to praise God and (2) to tell others about God’s mercy and grace. Doing so can help people with regrets refocus on God. They need not tell others specifically what they did (unless perhaps the others are succumbing to the same temptation), but simply highlight the glory of God’s forgiving grace. Declaring God’s grace is certainly integral to restoring the joy of their salvation. 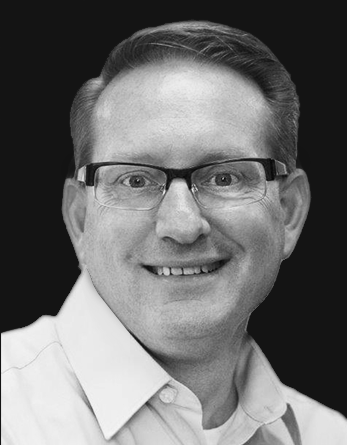 Dr. Paul Tautges serves as pastor of Cornerstone Community Church in Cleveland, OH. Previously, he served as a pastor in Wisconsin for twenty-two years. He has authored eight books and contributed to two volumes produced by the Biblical Counseling Coalition. Paul also serves as series editor for the LifeLine mini-books from Shepherd Press. This article was adapted from his book Delight in the Word: Spiritual Food for Hungry Hearts, where you will find more Scripture meditations to feed your soul. Paul blogs regularly at www.counselingoneanother.com.