You are here: Home / All Posts / Helping people become aware of their desires, part 2

Earlier this week, we shared the first part of an interview with Jen Pollock Michel, author of Teach Us to Want: Longing, Ambition, and the Life of Faith. There she talked a bit about the nature of desire and evaluating the need for change. Below we explore with her the idea of contentment. We also share some practical approaches for pastors as they seek to help others change.

What about contentment? What is it, and what would indicate to an individual that he or she is not content?

I think we operate under the assumption that contentment is the absence of desire. For instance, that if I were a content woman, I really wouldn’t want anything else. I don’t think we see first of all that God is a desiring being. So the ultimate goal of transformation isn’t to abandon all desires, but to make us more like Him, to form in us holy desires that mirror His desires. So contentment isn’t the opposite of desire, it’s the absolute submission of desire to God, and the joy and the peace that come from receiving the sense that our lives are lived completely in His hands.

We tend to operate under the assumption that contentment is the absence of desire.

Why is contentment so difficult? Why do people struggle with it so much?

Sometimes contentment is masking cowardice. Sometimes people say “I’m content” when what they really mean is “I’m not willing to risk.” Just take the biblical example of Hannah. What would contentment have looked like in Hannah’s story? Would it have looked like not wanting a son anymore or being content with Peninnah making fun of her?

I think contentment when we conceive of it that way actually looks like indifference. And what I don’t think we have in the Scripture is that sort of apathetic indifference. We have people going to God and believing that He has sovereign power and that He is good and that He can make a difference. Not everyone gets Hannah’s end of the story. Hannah gets a son, but Paul, who prayed three times to get the thorn removed from his flesh, doesn’t get that thorn removed. Instead, he gets sufficient grace. But what would have happened had Paul not prayed? Had Paul decided to just be content with the thorn, or Hannah decided she didn’t want a son after all. How would those stories have been different?

To make it more personal, we should ask ourselves how our life with God could deepen by actually entering into conversation with Him about desire. But that puts so many things on the line. It leads us to ask if we can really begin to trust that God is good when He doesn’t give us the things that we want. Or, if we can begin to enter into this process of wanting to learn the things that He wants for us so that we can grow to want them too.

What can people do to become aware of or awaken holy desires and find contentment?

Going back to James K. A. Smith, he would say habits are the hinge of desire. So if you want to grow in your desires, you actually have to establish holy habits. Which might seem a little bit backward, but we don’t just want behavioral change, we want deep change at the level of desire. But once you establish a habit, what you start to see is that habit actually forms in you a good desire. Using the example of exercise, we make it a consistent habit to exercise because we know it is good for us. So the habit came first, and the desire came later. In the same way we need to intentionally pursue and cultivate habits of time, habits of treasure, habits of energy, that move us in the direction of Jesus Christ and His kingdom coming.

Habits are the hinge of desire.

How does becoming aware of one’s role in the advancement of the kingdom help people become more content?

We become more content when we are focused on God’s kingdom. Even though we see God’s kingdom in the here and now, we also see God’s kingdom in the future. Contentment can derive from this longing for home that we have, recognizing where we are in this story. So even though I am going to die, that’s not going to be the end of the story; more is coming. God is going to set things right. He is going to set the enemies of sin and death under the feet of Jesus. I can find a lot of contentment in my life when my day doesn’t go well, when I’m suffering even from a health diagnosis or a broken relationship. I can know that there’s a day that’s coming where the world is going to be put to right and I’m going to be reconciled to God. And I’m going to see Him face-to-face and I’m going to see this world healed. I think there is a lot of contentment in that story of the kingdom coming.

What are a couple of thought-provoking questions a pastor could ask someone who says he or she struggles with a lack of contentment?

First, are you willing to trust God’s goodness? Are you willing to trust God’s wisdom? On this journey of our desires, we will flourish when there is trust, trust in God and who He is. Alternatively, what would make you unwilling to trust and surrender to His goodness and His wisdom? Further, another area that I’d explore is, would you rather have your way or God Himself? C. S. Lewis says, “There are two kinds of people: the people who say to God, ‘your will be done,’ and the people to whom God says, ‘your will be done.’” That’s what I think we have to ask people when they are struggling with lack of contentment or wrestling with desire: do you really want your will to be done? Where is that going to lead?

Finally, what Scriptures do you think are important for people to appreciate and to submit to ultimately?

Romans 6:4 says that we are buried with Christ by baptism into death in order that, just as Christ was raised from the dead by the glory of the Father, we too might walk in the newness of life. That is the gospel promise that says our desires will be transformed. That if we are put to death with Christ and raised to walk in newness of life, with Him, being united with Him, not only are we going to think differently or behave differently, we’re going to want differently.

Finally, Matthew 16:26, which is relevant to the last question that we just talked about. Here, Jesus asks, “What does it profit a man if he gains the whole world, but forfeits his soul?”

We hope this interview, in both parts, has been helpful for you in understanding the nature of desire and contentment, as well as how to understand change. For more information, check out Jen’s book Teach Us to Want or her website at JenPollockMichel.com. 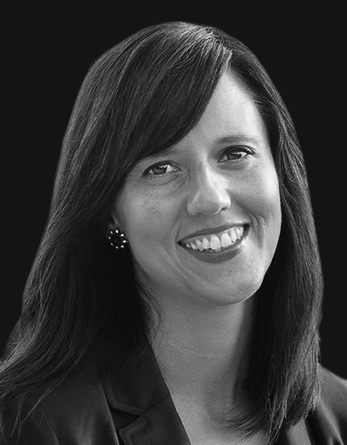 Jen Pollock Michel is the author of Teach Us to Want: Longing, Ambition and the Life of Faith, which was Christianity Today’s 2015 Book of the Year. Her forthcoming book, Keeping Place: Reflections on the Meaning of Home, will release in April 2017. A wife and mother of five, Jen is an active member of Grace Toronto Church as well as an enthusiastic supporter of HOPE International and Safe Families Canada. She has written for Christianity Today, The Gospel Coalition, Relevant, Today in the Word, Comment, and Books and Culture. Jen frequently speaks at churches and conferences, and she lives with her family in Toronto.