You are here: Home / All Posts / The gray divorce crisis: how your church can help

CareLeader.org asked me a series of questions about gray divorce. Gray divorce is a trend that has recently caught the attention of the media and sociologists. During the past two decades, the divorce rate for people over the age of fifty (baby boomers) has doubled—often after long-term marriages.1

Pastors, lay leaders, and church staff might struggle with what to do in this scenario: a marriage that lasted twenty, thirty, or even forty years is over. Grown children (and grandchildren) are impacted. Retirement plans might be in disarray. Emotional wounds run deep.

In this Q&A article, I answer questions about gray divorce and share my observations about its impact.

What is causing the rise of gray divorce?

Here are four factors that contribute:

When one spouse wants a gray divorce, does it usually take the other spouse by surprise?

Yes. It causes a huge shock, particularly for two types of people. The first is the wife who has ignored her husband’s abusive behavior for years because she thought this was the godly thing to do. She has a perverted view of love, mercy, submission, and kindness. She thought those things meant to ignore the sinful behavior of her husband. And then when they hit the senior years and he leaves her for another woman, usually she is blindsided and can often be furious with God and the church.

The second most shocked is the husband whose wife for years has been telling him that she’s not happy in their marriage. She’s been dropping little hints for years, but because men see this very differently, because she’s not walking out, because they’re still having sex, because she stays and there’s really no difference in the relationship, he doesn’t think it’s that bad. But women normally divorce in their hearts years before they actually walk out of the marriage. And so when she finally gets to the point where she’s going walk out, to her there’s no turning back because she’s been thinking about this for years. And he’s blindsided. 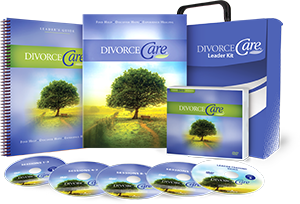 How does gray divorce impact the couple’s adult children?

There are two camps here. There are the kids that have seen their parents fight for years: that’s just the way their parents do marriage. So their shock comes from seeing their parents choose to split now, after having put up with it for forty years. What caused the tipping point now?

The other side is where the parents appear to have a good marriage, and probably did have a good marriage, but one of the parties is having an affair, or something like that is occurring. All of the sudden the parent is no longer acting like he or she has ever acted before. A dad is now sleeping with the neighbor lady in their senior retirement community because it’s making him feel young again, and the daughter is going, “What happened to my dad? Where did he go? He’s a completely different person.”

What issues can arise after a gray divorce that might not be an issue with younger couples?

Finances is one of the biggest. A woman might have been a stay-at-home mom for years and now has no means of livelihood. It’s not like death, where she has his life insurance policy. Paying for health insurance can be a big deal, too. She is devastated financially. This is where the church needs to step up, because these women are in essence widows with no income.

People might also lose relationships with their adult children (if the children take sides), with their grandchildren, with family pets, and even with their church family. They might lose the home they’ve raised their kids in.

How to help people in your church facing gray divorce

DivorceCare founder and president Steve Grissom has written a free ebook written for churches to increase the effectiveness of their care to baby boomers in divorce: Gray Divorce Crisis: 10 Ways Your Church Can Respond to the Baby Boomer Divorce Epidemic. This book provides a thorough examination of gray divorce and its implications for church ministry. It explores what has caused gray divorce and some of the telltale markers of this trend. It discusses how gray divorce can damage churches, and then provides practical ministry approaches that your church can use to bring healing. Also, at the end of the book is a brief primer on helping young people avoid gray divorce.

The need for ministry to those who experience gray divorce is significant. It will only grow in the coming years. We pray that your church not only sees the need, but takes action to develop a strategy for effective ministry. For a concise overview of the gray divorce trend in our society and and how it’s affecting churches, see Steve Grissom’s article Boomer Divorces on the Rise and Impacting Churches. 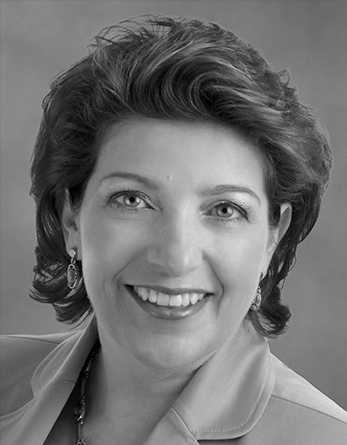 Laura Petherbridge
Laura Petherbridge serves couples and single adults with topics on spiritual growth, relationships, stepfamilies, co-parenting, single parenting, divorce prevention, and divorce recovery. She is an international speaker and author of four books: When “I Do” Becomes “I Don’t”: Practical Steps for Healing During Separation and Divorce; The Smart Stepmom, coauthored with stepfamily expert Ron Deal and endorsed by Gary Chapman (The 5 Love Languages); 101 Tips for the Smart Stepmom: Expert Advice from One Stepmom to Another; and Quiet Moments for the Stepmom Soul. Laura is a featured expert on the DivorceCare DVD series, which has equipped more than 17,000 churches worldwide. She is the founder of a ministry to stepfamilies entitled Sisterhood of Stepmoms. Visit her website at www.laurapetherbridge.com.