You are here: Home / All Posts / The roller coaster they never wanted: Helping people trust God when their lives are upside down

If you are a pastor, then I’m sure every once in a while you have a conversation with a Job. You sit down with someone, hear his story, and find it hard to imagine that anything else possibly could be going wrong in his life. It’s natural to feel disheartened by such a story. Certainly, it’s disheartening to live that kind of story. It can feel like nothing is left to be broken.

That’s when desperation starts to set in, and people begin to react in different ways. A lot of people freeze. They’re immobilized by the weight of it all. They weren’t expecting it, and they dare not let anybody else know, because everybody at the church is doing so well and they don’t want to be different. Others get angry and fight back. They think, “Okay, I’m going to beat this” and end up fighting their way through troubles. Still others cut and run, distancing themselves from the problem. And, of course, we all switch up our reactions as we go and as the problems develop.

And most people, if they’re honest, get an overwhelming sense of shame at the same time. They think, “If I were just a better person, pastor, parent, spouse, friend, then this wouldn’t be happening.” This undertow of shame can distort all kinds of relationships and circumstances, coloring their whole world.

But there’s another way.

The original title of my book was When Everything Goes Wrong, the Adventure Begins. The publisher wouldn’t let me keep it. Why? He told me that when everything is going wrong, the last thing people want to hear is that they’re on an adventure.

When everything is falling apart, people become afraid. Jesus said to his followers, “Do not let your hearts be troubled and do not be afraid” (John 14:27b). But fear is an interesting thing. When you go to an amusement park and get on a roller coaster, you’re afraid. When you know you’re on a track, though, you’re given a choice to realize it’s actually an adventure. Something is guiding you, and so it can be a positive part of your life. The same thing can be true in times of adversity, and it’s your job, pastor, to help people trust the direction and provision of God.

The excuses we make

Consider the story of Moses. Everything had gone wrong. He went from being Pharaoh’s adopted grandchild with power, position, and a pretty nice life, to walking his father-in-law’s sheep through the desert. He was away from his home and people, and he was trying to start over. Then he runs into God as he comes across a burning bush.

God presents him with a new path. To God, Moses’s mess is just part of the adventure. Moses doesn’t immediately see it that way and responds with five excuses.

Who am I that I should do this? God’s response was less about the ability of Moses and more about the provision He will provide. “I will be with you,” He says to Moses (Exod. 3:12). This is a roller coaster that has a track you can trust.

Who is it that sends me? Moses wanted to know who was sending him back into what he had left so long ago. God told him to say, “The LORD, the God of your fathers—the God of Abraham, Isaac and Jacob—appeared to me and said: I have watched over you and have seen what has been done to you in Egypt” (Exod. 3:16). God confirmed that He was the God of their past. He was the one who saw them through past afflictions, and He saw the struggles they were all experiencing now.

What if it doesn’t work? Moses knew that he had problems waiting for him back in Egypt. He said, “What if they do not believe me or listen to me and say, ‘The LORD did not appear to you’?” (Exod. 4:1). Moses raised legitimate concerns, and God responded with merciful provision. He gave Moses miraculous abilities to demonstrate the power of the one who sent him.

I’ve got an excuse. Moses reminded God he was “slow of speech and tongue” (Exod. 4:10). He was worried God’s plan wouldn’t work because he couldn’t do it. God reminded Moses, “Who gave human beings their mouths? Who makes them deaf or mute? Who gives them sight or makes them blind? Is it not I, the LORD? Now go; I will help you speak and will teach you what to say” (Exod. 4:11–12). The obstacles seen by our eyes are not insurmountable for God.

Finally … I don’t want to! Moses lists all of his concerns. He asks all his questions. Finally, after God removes all the obstacles and provides all the responses, he says, “Please send someone else” (Exod. 4:13). He doesn’t want to! He’s had a lot of issues and pain, and he just doesn’t want to dive back in and lead God’s efforts.

If we’re honest, we can all relate to these excuses. And we hear them often. Moses hesitated because he saw nothing but challenges. In a situation like this, it’s natural to want God to alleviate tension and remove pain. But finding hope when everything falls apart means seeking God’s perspective and His will in our circumstances. It means helping others follow His lead even when they would rather not.

Shepherding those in crisis

As a pastor, you play a special role in the lives of your members going through crisis. You get to coach them to see God’s perspective of the challenges they’re going through. When people do that, they don’t just overcome distress; they grow in the process.

It is too easy as a pastor to feign perfection. The message we want to share is that we used to have problems, but that Jesus helped and we’re doing pretty well right now. The best thing we can do is be honest. Pastors are people. Pastors have problems.

If we don’t share our struggles, then people don’t have any framework for how to follow Christ when everything’s going wrong. They need to have some role models in this, and that’s a key way a pastor can help.

Inclusion: The antidote for shame

There are people who are gutting it out driving to church: perhaps someone lost a baby during childbirth, or is losing a home, or has lost a job. It takes a lot of courage to even show up when that happens. They pull into the church parking lot thinking, “Well, I hope I can get through the service.”

At church everybody looks so good, and it’s easy to not let on. But when people find the bottom dropping out on them, that’s the time for the church to radically include them and welcome them.

You need to create an atmosphere in which you are looking for, welcoming, and drawing in these people who are standing around on the fringe wondering if they even belong anymore. The greatest gift then is to say, “Hey, I want to take you to breakfast and hear your story.” If they are on the fringe, it’s a rarity for someone to seek them out. It’s an act of care that can turn the tide for those in crisis.

Thankfulness: The antidote for resentment

If people are not careful, crisis and stress can make them cranky. They can get bitter, closed off, and suspicious. After a while, others don’t want to be around them. Combating this kind of resentment and defensiveness is hard, but it’s vital to see a crisis from God’s point of view.

Often, the last thing people are asking when they’re in crisis is what they’re thankful for. Because of this, they stop noticing God in their lives. I noticed this at a time of crisis in my own life not long ago.

I put myself on a self-help program of sorts to reconnect with God. I had to force myself as a sheer act of will to be thankful. I would be walking, driving, or sitting in a meeting and force myself to answer the question, “What am I thankful for?” and give my answer to God. Sometimes it was little: “Okay, I’m thankful for that tree over there. It looks really nice, God.” Other times it was more substantive.

It was hard. It didn’t feel natural. But I actually found myself feeling thankful after a while. When people asked me, “How are you doing?” I would tell them I was grateful. And I meant it.

There’s no formula to pastor someone when everything goes wrong. When people are desperate, they make decisions as they go. Relationships aren’t as practical and tip-oriented as we’d like. Relationships are messy, cluttered, and sometimes frustrating. So, the way to help somebody through is to be messy and cluttered with them and encourage them to stay in it. Hang in there with people even when they’re struggling—especially when they’re struggling.

Jesus didn’t give a lot of tips. He said, “Follow me.”

He invites us to go on a journey together. We want to ask, “Where are we going to go?” or “What are we going to do?” He never gave those quick, easy answers. He gave an invitation to follow Him and see what happened.

When you’re with someone who has everything going wrong, you have two choices. You can try to solve, fix, and offer advice. Or you can model your words after Jesus. You can say, “Hey, I’ll take some steps with you on this journey. Let’s see where God takes us.”

Other articles you might be interested in reading are “Pastor, I’m a Failure” by Kathy Leonard, “Should I Try to Forget My Past?” by Dr. Robert W. Kellemen, and “Pastor, Why in the World Should I Keep Trusting God?” by Sam Hodges. 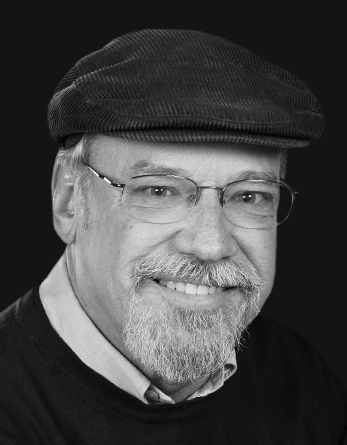 John F. Westfall has been a radio talk show host and has pastored churches in California, Minnesota, and Washington, as well as being an adjunct professor at Fuller Theological Seminary. He is the author of several books, including I Didn’t Sign Up for This: Finding Hope When Everything Is Going Wrong, Coloring Outside the Lines, Enough Is Enough: Grace for the Restless Heart, Building Strong People, and Getting Past What You’ll Never Get Over.

John and his wife, Eileen, spend their time in a fixer-upper overlooking Puget Sound in Seattle.