You are here: Home / All Posts / Despite the distance: Helping grandparents and grandchildren stay connected

Grandparents want to impact their families, particularly their grandchildren. They want to be a positive influence in their families’ lives, but sometimes grandparents need inspiration and encouragement to be involved.

There are many barriers to involvement in the lives of grandchildren and adult children. A survey of over two hundred grandparents asked, “What are some of the roadblocks that prevent you from being a spiritual influence in the life of your adult children or grandchildren?” The top answer was distance. It’s tough to be a spiritual influence when grandparents’ kids and grandkids live hundreds or thousands of miles away.

How can grandparents in your church overcome the distance barrier? By using technology and focusing on wisdom. Here are some ways you can encourage them to do both.

Use technology to overcome the distance barrier

We live in a day where technology can close the distance gap. Not only are we able to make inexpensive national and international phone calls, but we can see each other face-to-face on our phones through FaceTime and other video messaging services. We also have all kinds of social media we can utilize. The key for grandparents is determining which of these will help them connect with their grandchildren, and then being willing to learn how to use them. Encourage grandparents in your church to be open to new ways of communicating.

For example, when we moved from Minnesota to California, there were 2,000 miles separating our daughter from her grandparents. But my mom was not going to let distance stop her from being an influence. She started what she called “Sunday Funday calls,” where every Sunday she would call our daughter. We’d get the phone and say, “Oh, it’s your Sunday Funday call from Nana!” She would get so excited and grab the phone to run off to her bedroom. We wouldn’t see her for the next hour, and she’d be in there giggling and talking.

As the years went on, I had to explain to my mom that my daughter wasn’t into talking on the phone anymore, but she was now into text messaging. So then, God bless her, my mom went down to the phone store and had someone show her how to do text messaging. She bought a new phone and a different plan so she could text our daughter. Every once in a while, my daughter would come running to me, saying “Hey, Dad, we just got another text from Nana! Let’s try to figure it out.” That became fun just like the phone calls used to be, because about every other letter was wrong, and it was sort of like deciphering code.

Time went on and I had to say, “Hey Mom, she’s not into texting anymore. Now she’s on Facebook.” So, God bless her, my mom learned how to do Facebook and friended my daughter so they could chat on there. The form of communication is not as important here, because that will continue to change and will look different for every family. But regardless, my mother determined to use technology to stay in touch with her granddaughter, and that determination to stay engaged is what other grandparents should focus on.

One of the oldest technologies for staying connected has become more powerful recently—writing letters. My mother also wrote many letters to my daughter, which she has held on to all these years. I know of a grandpa who used to write letters to his grandkids every couple of weeks. He called them “Grandpa Says” letters because each one would start with “Grandpa says …” The letters would be filled with what Grandpa says about things like courage, honesty, or integrity. Those letters were so important to his grandkids that they turned them into a book, which is now passed down to each generation.

Focus on passing down wisdom

No matter how grandparents choose to stay connected with their grandkids, it’s important for them to focus on the greatest gift they have to offer: wisdom.

Grandparents are experiencing a younger generation that has more knowledge than any other generation that’s ever existed. They can find out anything about any subject at any time. All they have to do is Google it, and they have some information.

While grandchildren today might have knowledge in abundance, they lack wisdom. They don’t have the understanding that comes from experience and life. This is where grandparents in your church can impart God-given wisdom. We should encourage them to keep praying for their families, keep telling their kids and grandkids what God is doing in their lives, and continue to remind their families of what God has shown them over the years.

Oftentimes, the communication tools mentioned above open up a natural channel for the transfer of wisdom. One way grandparents can facilitate that transfer is by reaching out to their grandchildren to learn about how they prefer to communicate. Because grandparents don’t often know much about the newest technology, that willingness to learn sets them up to be less like teachers and more like students. This is actually a great relationship through which to communicate wisdom. It allows grandchildren the opportunity to talk about things they’re comfortable with, and it provides grandparents an opportunity to relate concepts they’re learning to more profound life experiences that have the potential to hand down wisdom.

That is exactly what the Scriptures tell us, that what we need from elders is their wisdom. Pastor, teach grandparents in your church to focus on passing it on. I’m not sure it has been needed any more than in this generation right now.

Whatever it takes to stay connected

By using technology to overcome the distance barrier and focusing on passing down wisdom, grandparents can play a major role in the lives of their grandchildren. Encourage grandparents to stay connected, whatever it takes. If their grandchildren are being raised outside the church, or even if they’re being raised inside it, grandparents may be one of the only voices in their lives calling them to pursue God. Implore them to make the most of their influence. 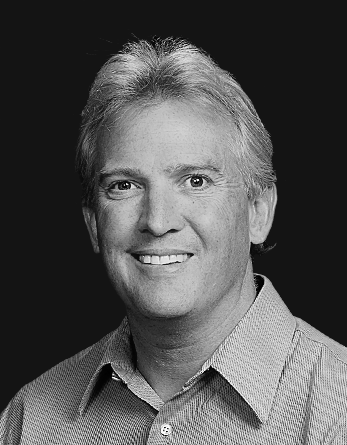