You are here: Home / All Posts / Caught: Key questions to explore in the aftermath of adultery

Trivia question: What were the first two questions posed by God to humanity? If you look into the Genesis account of Adam’s fall into sin, you will see them plainly. Soon after Adam ate of the Tree of Knowledge of Good and Evil, God called out, “Where are you?” Upon finding Adam and his wife hunkered in the bushes and then listening to their driveling, God asked, “Who told you that you were naked?”

Adam never got around to answering the second question, but I find it one of the more intriguing queries in the Bible. There is great symbolism associated with the nakedness of Adam and Eve, and as we ponder it, we can find insight regarding the tawdry nature of extramarital affairs.

Whereas today public displays of adult nudity are associated with scandal, in Adam’s pre-sin days it was exactly the opposite. Their nakedness symbolized purity and innocence, much like our modern reaction to seeing the dimpled back-cheeks of a toddler climbing out of the bathtub. Being naked meant they enjoyed undiluted trust. Freedom and vulnerability intersected to generate emotional connection. They had no reason to be anything other than fully open with one another.

The fall completely changed their attitudes about nakedness. As they stammered before God, excusing themselves, blaming each other, experiencing shame, neither felt safe being totally vulnerable with the other again.

In my years of counseling I have discussed with many individuals the impact of choosing emotional and physical connection with a paramour outside the bounds of marriage. Never is it an easy discussion, and virtually always there is shame and verbal fumbling to explain the reasons for the errant behavior. Like Adam, being confronted in the bushes about his nakedness, these individuals didn’t really ponder the meaning of their nudity until it was too late.

In these cases, as I discern the issues in need of therapeutic exploration, I return to the story of Adam and Eve’s naked shame to find insights. Specifically I identify five emotional struggles that that are associated with their fall. First, their sin was the direct result of prideful self-absorption and a desire to be in control. Next fear, with its defense tactics and adversarial communication, became evident. Then they experienced estrangement (loneliness) as evidenced by God asking the “Where are you” question. Following that, they encountered inferiority with its insecurity, guilt, and shame as they listened to God explaining the consequences of their decision. And finally anger came into their home, such that one son killed the other.

As I begin the counseling process with an unfaithful spouse, I make the assumption that an affair represents a craving to find the openness, vulnerability, and trust that was originally intended by God. But obviously, the willingness to become naked in the wrong setting indicates how that person’s thinking was tainted by the five primary emotions associated with humanity’s fall. So as I talk with the person in front of me, I have various questions I want to pursue:

Therapy consists of the pondering of these themes and more. I am curious to learn with the counselee why these issues exist and what went wrong in responding to them. Just as I do not presume God questioned Adam with the intent of shaming, neither do I ask questions for the purpose of embarrassing that person.

Instead, my mind-set  is guided by the notion that says, “Let’s talk. Life is meant to be anchored in openness and trust and vulnerability, and I interpret your choices as an attempt to find such qualities. Let’s figure out how to do it the better way.”

As we discuss these issues and more, I have in mind that we can segue into open musings about finding God’s alternatives. I want to be certain that our focus is on topics that matter and that we aim toward an understanding that with His grace, some form of restoration and growth can happen. 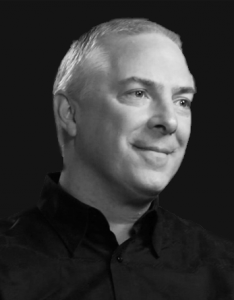 Dr. Carter, a featured expert in the DivorceCare support group video programs, maintains an active counseling practice in Southlake, TX, and has written twenty books (translated into ten languages) about emotional and relational healing. His website, MarriagePath.com, contains podcasts and video workshops addressing these matters in depth. Dr. Carter earned his BA from Baylor University and his MEd and PhD from North Texas State University.