You are here: Home / All Posts / All together now: Coaching parents to connect with kids

Perhaps you could put yourself in Maria’s shoes as she shrivels with embarrassment during this incident at a Target checkout line with her four-year-old daughter, Amy:

“Amy, put the candy bar back.”

“No. We’re going home to eat lunch as soon as we leave here.”

Amy jacks up the volume a little in her response: “Ahhh. What are we having?”

Now, with a scowl on her face, Amy gets louder. “No! I don’t want that. I want this!” Amy now begins to cry, complete with sobs.

Maria cannot help but notice how Amy’s yelling and sobbing act like a magnet for everyone around her. It’s almost as if they can’t help but look at her! What must they think of her as a parent? Her own opinion of her status as a parent is not very high right now.

Maria is a prime candidate for parental training. She is likely to be very receptive to learning how to handle situations like Amy’s Target Meltdown. But what could you say to improve her confidence as a new mother? We have a suggested framework that the Lord has blessed in hundreds of Christian homes over the past twenty-four years. We offer this framework as a counseling tool for the parents who ask for your help.

When we work with parents who come to us with parenting questions, we certainly want to understand what’s happening in their homes, at the store, or in the restaurant. But then we want to help the parents take a step back and ask more fundamental questions about their relationships with their children and with the Lord. It’s within the broader context of these relational connections that parents are likely to discover dynamics that contribute to the particular problems for which they seek our counsel.

We’re arguing for what would be a paradigm shift for many parents, which we represent with a four-level pyramid. Viewed from the bottom up, each level represents an action and a message that should guide parents’ interactions with their children when discipline is needed:

Level 1: Establishing the parents’ foundation and the children’s safety

Foundationally, we have parents focus on their relationship with the Lord. We’ve found that the more parents grow in their experience of the Lord’s grace, mercy, patience, and love, the better able they are to share those qualities with their children—especially during difficult conversations with the children. When parents become more and more aware of how God works through all situations in their lives—even in times of heartache or rebellion—in ways that ultimately bless them, they are fortified with a confidence to go forward with clear direction.1 Our fallen world is not always safe for us, but our God is always trustworthy and committed to us.2 That’s what Maria should want to convey to Amy every time she disciplines her.

Now think about what’s likely to happen if Maria doesn’t have this foundation. Suppose Maria resorts to yelling back at Amy. In essence, Maria would be trying to wear down Amy’s resolve to resist so that compliance occurs. Or suppose Maria rips the candy bar out of Amy’s hand and softly threatens Amy with severe punishment when they get home. What outcomes should she expect from Amy with either of these approaches? We suggest that neither option will incorporate the Lord’s goals for parenting. Amy’s defiance would most likely become more entrenched and, over time, more volatile. That defiance would be fueled, at least in part, by Amy having little reason to think that Mommy fully cares for her needs. Reacting to children out of anger undermines children’s trust in their parents and their sense of safety in the world. And what impression of the Lord does it give children?3

Or consider the results of Maria giving in to Amy’s demand for the candy bar, because she is motivated by embarrassment from the looks of her fellow shoppers or by anxiety over Amy not liking her. This type of reaction could also undermine Amy’s sense of trust and security in the long run because Mommy is indecisive, and that will create more chaos than stability in their life together.

However, if parents can get on board with the goal of building a sense of trust and safety in their children’s lives, as modeled by the Lord Himself, they can more effectively weather the storms of kids’ temper tantrums and other adults’ glares. Bringing grace to these challenges tends to open kids’ hearts to parents’ authority and influence. That sets the stage for parents’ “yes” being “yes,” or their “no” remaining “no.”

Although God grants parents real authority over their children, there is always the temptation that they will use it to manipulate and intimidate (so the parents can get what they want), rather than use their authority to guide their children (toward the Lord’s blessings). To counter this temptation, parents should demonstrate empathy. This doesn’t mean giving in to children’s unreasonable or unwise expectations. Rather, we coach parents to ask themselves, “What is it like to be my child right now? Is she really frustrated, or really sad? For what reason?” They should verbalize that emotion for the child. Parents might need to be reminded that it’s a lot easier to say no to a child who feels understood than to a child who feels opposed.

Showing empathy is part of communicating consistent love to children in all circumstances. This is especially important when children misbehave, because these are times when loving attitudes and actions are not as easy for parents to clearly display. However, if parents regularly look for varied and creative ways to communicate affection and appreciation for their children, doing so during discipline won’t sound “weird” to the children. In all of this, again, parents need to recall how God treats us as His children.4

Parents can make a reasonable assumption about showing love to their children that can backfire on them during times of discipline. They can assume that children (especially younger children) easily translate corrections, such as loss of privileges, as evidence of parents’ concern for their welfare. Based on our conversations with children, however, we know that children can misinterpret parents’ discipline if parents are not careful about their tone of voice, facial expressions, and word choices during discipline.

Thus, we encourage parents to take time to reaffirm their love for their children especially when the children are disobeying, afraid, mad, etc. Such reaffirmations can take a variety of forms:

Level 3: Coaching children in needed skills because they are called and capable

When children misbehave, it is easy for parents to fixate on the wrong behavior, a bad attitude, or unedifying speech. Yet, what a huge difference it makes to view discipline as an opportunity for skill-building or for encouraging a child’s strengths! Suppose, for example, little Jordan’s mother wants him to stop playing with his Duplo building blocks and to put on his shoes because she needs to get to an appointment across town. Jordan, however, refuses. He says he’s making a truck, and he isn’t finished. Consider the potential outcomes of two possible responses from his mother:5

In the first response, Jordan’s mother focuses on immediate compliance and uses a position of power to enforce what she wants. It could be an “invitation” for Jordan to react with a similar show of power, because his concerns are not acknowledged.

The second approach is not so adversarial, and it affirms Jordan’s God-given creativity. His mother takes an interest in what interests him, even as she continues to move toward the goal of leaving the house. There is no guarantee, of course, that Jordan would comply with this gentler approach, but it does demonstrate a commitment to acknowledging his talent while still giving him options for renewed obedience. This approach also employs a strategy that often diffuses power struggles between parents and children: calm down, briefly connect with the child, and then offer two reasonable (and equally acceptable) choices.

Level 4: Correcting misbehavior means cleaning up the messes that were created

Correcting children’s misbehavior is never only a matter of stopping the offending actions or attitudes. It also means teaching them how to be reconciled to people they’ve offended and how to restore any losses they’ve created for others. These positive goals reinforce that the children are responsible for their actions. And they promote God-honoring change in children’s hearts (shaping their motives and desires).

Taking this approach to correction curbs a parent’s temptation to rattle off quick consequences designed primarily to stop a behavior. Granted, quick-fix reactions might get short-term compliance, but without addressing what goes on in children’s hearts, they are left in a very precarious position before the Lord. We remind parents that consequences have consequences; therefore, they must give careful thought before handing them out to their children.

Making a decision on what consequences to give will depend on a child’s personality and attitude, as well as the situation that was created by his or her choices. Here is a general set of principles that parents can adapt as needed:

Although assigning consequences is often the first thing disgruntled parents think about, we have intentionally placed it at the top of our pyramid. Consequences are most effective when they are connected to parents’ love that is also connected to God’s purposes for the family. That’s why we refer to our model as the “Connected Families Framework.” 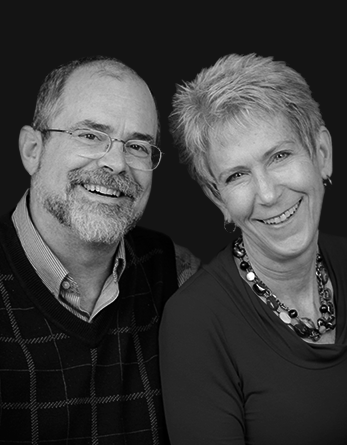 Since 1993, Jim and Lynne Jackson have worked in the trenches with parents of all kinds—single parents, adoptive parents, parents of teens, parents of kids with intense behavior challenges, parents in blended families, parents of wealth and parents in poverty, and any other kind of parent you can think of. Jim and Lynne began Connected Families in 2002, and with their growing team, they are committed to offering content that will challenge, encourage, and equip parents and youth workers to be thoughtful and confident care providers and coaches for children and youth. See their website, https://connectedfamilies.org.