You are here: Home / All Posts / Caring for someone released from prison

It’s been five years since Miea Walker was released from prison, where she served a nine-year sentence for a money crime. She knows firsthand the needs of prisoners inside the system and what their struggles are after their release. With her bachelor’s degree and two associate degrees completed while in prison, she now has become an advocate for prison reform. She spoke to us about how churches can care for those who have been incarcerated.

What is life like for someone recently released from prison?

Probation/parole: People released from prison are either on probation or on parole as a means of supervision, and the type of supervision (and its fees) are incorporated as a part of sentencing. In 2012, the governor made it mandatory that anyone being released from prison would be placed on parole [in the state of North Carolina].1 The North Carolina Post-Release Supervision and Parole Commission requires as a condition of parole that a parolee pay a supervision fee of forty dollars per month. Additionally, there are collateral consequences to a criminal conviction (otherwise known as “felony disenfranchisement”), such as voting rights, housing, employment, denial of professional license, welfare benefits, education, etc. Probation and parole are considered direct consequences, as they are attached to the criminal conviction (for example, fines, fees, and probation). Thus, as long as former prisoners are under supervision, they are not free.

Housing: If they’re lucky, they are able to return home to their loved ones; they’ll have a safe place to stay. However, finding housing is problematic. Most landlords will refuse the application of those who have a criminal background. Additionally, if a loved one lives in public housing, the family member with the criminal record will be banned from living there.

Feeling vulnerable: Many people returning home to their loved ones are not only carrying the burden of finding stable employment but also reconnecting with family members
whom they may not have seen during their entire incarceration. There’s an overwhelming feeling of being exposed, and the anguish of wondering, “What am I going to do next? How do I survive? And how do I avoid prison if can’t meet the imposed conditions of my parole?”

The big question is, “Can you see me apart from my crime?”

Employment: People leaving prison also face the challenge of being seen as a person, not just as a label (ex-convict). The big question is, “Do you see me? Can you see me apart from my crime? Can you see me apart from the choices that I’ve made?” For example, the likelihood of someone finding and securing employment with a criminal record is very difficult. Most employers do not want to run the risk of employing people for fear of liability (if the person commits another crime). However, employment is critical to the success of those reentering society. Thus, even though you are not that person anymore, how can you convince others of the same?

What are some do’s and don’ts of interacting with current or former prisoners?

Here are some do’s and don’ts for engaging current or former prisoners:

How can churches prepare to minister to former and current inmates?

Do your homework: If you really want to serve those who are in prison, you have to do some homework. Tap into your local ministries that are already working in the prison system and ask if you can tag along. This gives you firsthand experience. You’re never going to understand that environment unless you walk in and see it for yourself.

If you are interested in a tool kit on mentoring, please visit Healing Communities USA. Dr. Harold Dean Trulear (a formerly incarcerated activist) is the national director, based out of Washington, DC. His organization works exclusively in preparing/training churches and communities on mass incarceration (http://www.healingcommunitiesusa.com/). All of their information is available to download.

Develop compassion: It’s easy to assume the worst about those who’ve spent time in prison. One way to overcome this is to take some time to research the topic and learn about some of the injustices of the prison system. Here are a few resources that will help you have compassion on those who’ve been imprisoned. 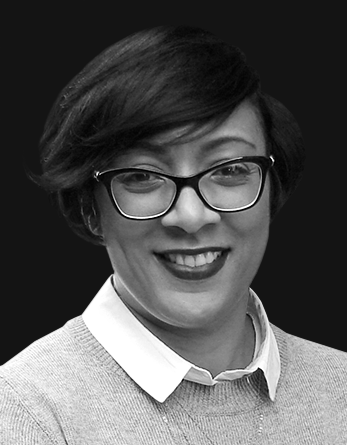 Miea Walker joined the North Carolina Justice Center in September 2016 as the Second Chance Alliance Engagement Coordinator. She brings a wealth of knowledge regarding mass incarceration and the roadblocks returning citizens face as they are released from prison. Her passion as a social justice advocate is to amplify the voices of those directly impacted by the criminal justice system by increasing awareness and challenging the status quo. Miea serves on the steering committee of the Capital Area Reentry Council. She is a board member for the School of Conversion, an organization that works for beloved communities that unlearn habits of social division, and is the Chair of the Christian Community Development Association mass incarceration task force. Miea received her undergraduate degree from Shaw University and a master’s in social work from North Carolina State University. Her story was featured in the Christianity Today September 2016 issue and in Urban Entry’s sixth video, Remembering Prisoners: Advocating for a System That Restores.