You are here: Home / All Posts / Caring for aging parents: 6 ways to prepare your people well

With such a large group of Baby Boomers getting older, there is also a larger number of middle-aged adults caring for aging parents. Many times, this is entered into with little forethought: a parent needs care, so the adult children are the ones to give it. And while most adult children anticipate a period of adjustment, few realize the true difficulties that caring for aging parents can bring.

As pastors, we must be ready to care for these caregivers. And we must do so proactively, rather than reactively when trouble arises. These six suggestions will help you prepare people in your church who will be caring for an elderly parent or relative.

First and foremost, you should have a conversation with families who are starting the caregiving process about counting the costs of making this transition. There is going to be a cost emotionally, physically, mentally, financially, energy-wise, time-wise, and in other areas as well. Caring for others can be physically strenuous and mentally tiring, and it takes time and money. That cost can also extend to the spouse and the kids as they see less of the caregiver, receive less attention and energy, have to make changes due to lower finances, and are involved in the caregiving themselves.

You can help caregivers identify and better understand the sacrifices this change is going to entail and the repercussions, whether it be the additional stressors in their own lives or the conflict that may arise with those close to them. Further, if you can connect them with other caregivers in the congregation who have already cared for aging parents, they can gain a broader perspective of potential costs to consider.

Conflict in caregiving is more common than we’d like to admit, especially if spouses aren’t in agreement over the new role. Unfortunately, I’ve seen marriages destroyed over this. There can be so much anger and resentment, for instance, if the elderly parent starts living with a couple and one spouse is not for it. When this happens, the husband and wife are living in daily tension, which is not good for anyone involved.

A lot of the conflict people experience can be eliminated when they get practical and consider in advance, for example, if they have the financial ability to support their parent. Do they have the time? Is their health strong enough to be able to take care of someone 24/7? Do they have family help, an extended family who is going to give them a little break now and then, or is it going to be on them all the time? Oftentimes, people don’t think about the practical needs such as time and finances, but those needs should be carefully considered as major factors in the decision to care for another person long-term.

Caution them about bitterness

Quite often, the caregiver isn’t the only child in a family and, therefore, isn’t the only person who can provide care. As a result, sometimes bitterness can creep in toward non-caregiving siblings. Help the caregivers to be aware of that potential bitterness, and help them communicate clearly about taking turns or doing other tasks that the non-caregiving sibling (or other relative) can do to lighten the load. Unfortunately, this doesn’t always happen the way the caregivers would like it to, so we have to prepare them for that as well.

Another area where bitterness can arise is in response to criticism or negativity from the parents being taken care of. In these instances, the caregivers can get very discouraged. I’ve spoken with a lot of men and women who think their mom or dad doesn’t appreciate anything they do, yet a brother walks in, or a sister walks in, and their parents go gushing that the sibling even showed up. Even worse, the uninvolved siblings will sometimes criticize the care being provided.

In response, those caregiving adult children have to humbly consider (ideally with the help of others) whether there is any merit to the criticism they receive. If the criticism is unfounded, the caregivers will need to remind themselves of that if they’re ever criticized again for the same thing. In this area in particular, we need to help them be aware of any bitterness that might creep in toward the uninvolved and critical siblings.

Lead them to forgiveness

Along the same lines as cautioning them about bitterness, we can lead and encourage caregivers to be prepared to forgive others, whether it be forgiving the parents they are caring for or forgiving criticizing siblings. All of us are sinful people, and sin is going to creep into our relationships. But that means we have to be intentional about forgiving others, which oftentimes doesn’t come easily.

For the caregivers, sometimes that forgiveness has to be directed toward an abusive parent that they are now caring for. You can help the caregivers go to the Lord and decide to forgive the abusive parent. Past sin has a way of stealing joy and peace, but we want to help guard against this. Forgiveness becomes even more difficult when abusive parents won’t acknowledge their sin, or they aren’t willing to own up to their own poor choices, but now they demand care.

You can help caregivers talk through potential areas of bitterness and unforgiveness toward parents, siblings, and other family members before beginning to care for those parents.

Isn’t this what the church is for? To be intimately involved in each other’s lives, trials, and struggles and to keep each other walking the right way even when life is difficult? One suggestion is to provide support groups for caregivers to encourage and talk with one another. So many caregivers have emotions that they aren’t prepared for: guilt, disappointment, loss, etc. But when other people can come alongside them and acknowledge that they’ve felt those same emotions, it lightens the caregivers’ load; the caregivers know they’re not alone.

Sometimes difficult issues arise in a caregiver’s situation that go beyond the wise counsel of a friend or support group and would be better discussed with a pastor or counselor. For instance, I recently spoke with a woman who is caring for her aging father after he sexually abused her for close to twenty years, and her husband is completely against it. So their marriage is struggling because she wants to do the right thing by overcoming evil with good, and yet her husband who wants to protect her is saying no. In those instances, they can and should be getting a lot of counsel from people who are wise and who aren’t emotionally involved. As a pastor, you can be available to help and give this sort of counsel or to direct the caregiver to someone else who can help.

Have a list of local agencies and resources ready

Finally, don’t neglect the importance of having a list of local agencies and resources ready to hand out to people who are about to become caregivers for their aging parents. A list of medical providers, social workers, home care providers, or even things like transportation providers. You can save a lot of time by having that resource list ready to hand out at a moment’s notice.

Caregiving involves a lot of time and effort, and sometimes it also involves a great deal of uncertainty or conflict. But by preparing caregivers in advance, these caregivers will be much better prepared to care for their aging parents. 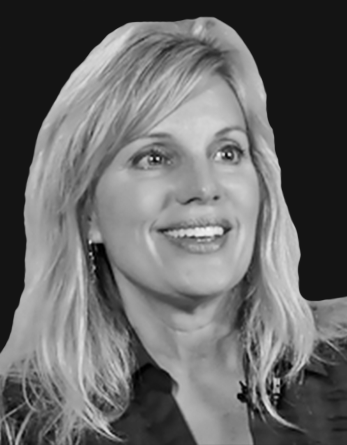 Michele Howe is the author of sixteen books for women and has published over 2,500 articles, reviews, and curricula to more than 100 different publications. Her newest release is Caring for Our Aging Parents: Lessons in Love, Loss, and Letting Go. Read more of Michele’s work at www.michelehowe.wordpress.com. Michele is featured in the 13-week Single & Parenting program.