Many people make unwise choices in response to the way they feel about their circumstances: A person won’t forgive because he is angry. People resist biblical counsel because they don’t feel like doing what Scripture prescribes. A person doesn’t serve because he doesn’t feel like coming to church. People walk away from their faith because they don’t feel that God loves them.

So, how do you help them see why it’s unwise to allow their feelings to be their guide? We asked Dr. Stephen Viars, senior pastor at Faith Church, Lafayette, IN, and Dr. Joseph Stowell, president of Cornerstone University, Grand Rapids, MI, to share how they respond to people driven by feelings instead of truth.

What do you say to people who don’t feel like doing what God asks of them?

Viars: We all have situations where we don’t feel like doing what God wants us to do, or we don’t feel like doing what we know is the right thing to do. That’s when it’s important to remember that, while God created our emotions, He created us with more than our emotions. We can be honest about what we’re feeling, but that doesn’t mean we have to be guided or driven by what we’re feeling.

That’s what was happening in the garden of Gethsemane when Jesus was contemplating His own death and cried out to the Father, asking if there was any way He could be delivered from this. But then, beyond the feelings, but with His heart, His mind, and His will, He made a choice. He said, “Not my will, but thine, be done” (Luke 22:42 KJV). A perfect blend of being honest about what was happening emotionally, but also volitionally choosing to think, to speak, and to act in a way that moved Him closer to the Lord.

There are all sorts of times in my life when I have to do things I don’t necessarily feel like doing on the front end. But God’s given me a mind. He’s given me a will. He’s given me the ability to choose to speak and act in a way that takes me closer to Him.

What do you say to the person who obeys but still doesn’t feel like he’s doing the right thing?

Viars: I’ve found that as I trust God to help me take hard steps, often the feelings follow the obedience. So I don’t live by my feelings. But I do believe that as I seek to obey Him and live for Him and rejoice in Him, even when it’s hard, it’s amazing how the emotions follow. “If you know these things, you will be blessed if you do them,” Jesus said (John 13:17 BSB).

For me, even when I’m hurting, I’m not going to ignore the hurt, I’m going to cry out to God. But then I’m going to ask Him to give me the strength to do things to take steps toward Him, even if I don’t feel like it, because I know it’s going to honor Him.

What do you say to the person who wonders why some days he feels like obeying and other days he doesn’t?

Why is it important for people to live by faith instead of feelings?

Viars: We all understand that we’re saved by faith. That’s an essence of our relationship with the Lord. That’s why Peter said, “Though you have not seen him … you believe in him” (1 Pet. 1:8).

I can remember driving down to my parents’ home in the middle of the night after my father had died. I was physically alone, and I was hurting worse than any other time in my life. But I believed on the authority of the Word of God that God was with me. He would never leave me or forsake me. And it wasn’t simply a matter of, “Well, do I feel that right now?” It was a matter of, “I choose to place my faith in what God had revealed to me in His Word.”

I choose to believe the Word, not because I feel that way in a given moment, but because He has promised me in His Scriptures that that is true. So I want to be the kind of person who walks by faith even when it’s hard.

Stowell: We can’t let our emotions drive the train during our time of trouble. That is going to be the classic train wreck. That’s not to say we can’t have the emotions: they need to be on the train. But we need to let what we know about God, what is true about God, back into the lies that Satan whispers to us in this very vulnerable time. I think that’s exactly what James meant when he said, “My brothers, count it all joy when you fall into great trouble, knowing this”—not feeling this. So the big question in that moment of vulnerability is, “What do I know about God? What do I know is true about God, regardless of how I feel?” and you hang on to that.

What do you say to the person who feels that God doesn’t love him?

Stowell: God loves you, and I know right now your feelings are so contradictory to that, but the proof of God’s love is not in our circumstances. The proof of God’s love is in the Cross where He died for us, where He suffered deep pain, significant loss, for us. And if you were the only person that ever lived on this planet, He would have come and gone all through that to release you from the bondage of hell and Satan, and to promise you, ultimately, a good and glorious future, and to give you the gift of His walking with you through the valley of the shadow of death that you are feeling right now. That’s the proof of His love.

What do you say to the person who believes it is risky to trust God and obey by faith?

Stowell: It’s so important that at some point we move out of the “why” zone into the “trust” zone. Trusting God has to be a conscious decision. I think one of the challenges to trusting God—trusting that He is good, that He will work all things together for good, and that He will be present with us—is that it feels risky. Now I’m out of control. Now I’ve kind of yielded myself to Him and yielded myself to the suffering. Trusting God is never risky, but it does feel risky to us.

So, if you don’t trust God, whom will you trust? The riskiest thing in the world is to trust my own emotions. If I have a choice to trust, I’ll run the risk of trusting God. And in the end I’ll know the joy that there was no risk at all, even though it felt that way. So trusting is a choice. 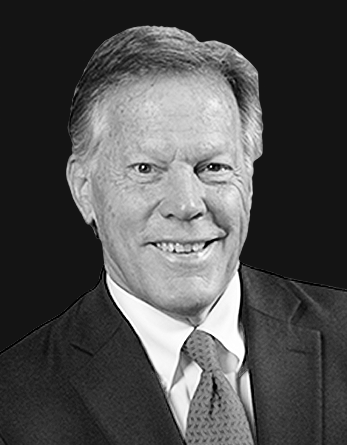 Dr. Joseph Stowell, president of Cornerstone University, Grand Rapids, MI, is an internationally recognized conference speaker and author of numerous books, including The Trouble with Jesus, Following Christ, Simply Jesus and You, The Upside of Down, and Redefining Leadership: Character-Driven Habits of Effective Leaders. He served as senior pastor of Southgate Baptist Church, Southgate, OH; Bible Baptist Church, Kokomo, IN; and Highland Park Baptist Church, Southfield, MI. From 1987–2005, he was president of Moody Bible Institute, with oversight over the undergraduate and graduate schools, Moody Publishers, and the Moody Broadcasting Network. He is a graduate of Cedarville University and Dallas Theological Seminary and was honored with doctor of divinity degrees from The Master’s College in 1987 and from Huntington University in 2011. 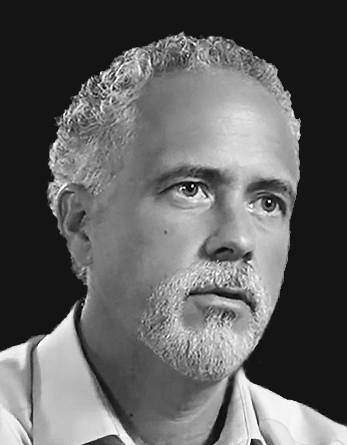 Dr. Stephen Viars has served as a pastor and biblical counselor for over twenty-five years at Faith Church and Faith Biblical Counseling Ministries in Lafayette, IN. He serves on several boards, including Vision of Hope, a faith-based residential treatment center for at-risk girls and the Association of Certified Biblical Counselors. He is a frequent speaker at conferences, colleges, and seminaries in the United States and abroad. He serves as vice president of the board of directors for the Biblical Counseling Coalition.