You are here: Home / All Posts / Blended families: 4 considerations for pastors

Sunday morning after service, you’re chatting with a set of parents in your congregation. In passing, they mention that their oldest daughter, fourteen-year-old Anna, has gotten more disrespectful and disobedient lately. She ignores her father’s instructions and shows little, if any, affection.

Consideration 1: The reality of “insiders” and “outsiders”

On day one in a stepfamily, you have insiders and outsiders. The insiders are people who are biologically related to one another: they have a history, they have a bond, and they have connectedness. They have photos with everybody in the picture. They have videos on their phones that show the story of their lives together.

Outsiders are stepsiblings or stepparents who are not in those photos or videos, who don’t share that common story, who haven’t been through the same loss narrative, and they don’t know the pain that the insiders know.

The outsider stepparents, in particular, are trying to become insiders. They’re trying to find their way into a relationship with the children. But, on day one they’re already at a disadvantage—being an outsider trying to be a parent authority figure while at the same time trying to earn the children’s trust and respect.

We’ve all heard of the child who says, “You’re not my dad, and I don’t have to do what you say.” Instantly, the new stepdad feels rejection; he feels stuck as an outsider, which can bring about a sense of hopelessness. As a result, that dynamic changes parenting dramatically. Suddenly, the new stepdad is looking to his wife to try to help bring him into the mix. Sometimes, though, she doesn’t respond in ways that are helpful. Now, he’s been rejected by both his stepchild and his wife.

Ultimately, all stress in a stepfamily eventually ends up in the couple’s relationship. And so, what was a parenting issue initially can quickly become a marital issue. And if the couple doesn’t manage that well, it becomes a point of contention, a point of division in their marriage.

In our national survey of stepfamily couples for The Smart Stepfamily Marriage, David Olson and I found a connection between how parents were parented as children and how they parent now as adults. Most of us parent either just like our parents parented us or exactly the opposite. We tend to either do the same, or we will step away from how we were parented to find a completely different way of doing it, usually because it was a painful experience.

The same thing is true about stepparents. When couples are dating, I tell them to find out as much as they can about how the other person was parented as a child and how that person is parenting now (if a parent). That’s going to say a lot about the kind of stepparent he or she probably will be.

When you see couples at odds over parenting, especially stepparenting, try to help them slow down and begin to think through how they are going to get on the same page. How can they evaluate past parenting styles and use those to their advantage? Even if that parenting was negative, you can help couples learn from those experiences for the benefit of their new family.

Consideration 3: There is a difference between relational trust and parental authority

It is easy to assume that when a child’s father or mother says “I do” to someone, the children are in agreement with that sentiment. But quite often, that isn’t the case. Children don’t immediately form relationships and trust a new stepparent just because their mother or father already does.

Because of this, stepparents need to understand the limitations of authority as they’re trying to develop a relationship and how to work alongside the biological parent to be leaders. It is a very different process to be a parenting team in a stepfamily than it is in a biological home. And when pastors help bring this to the surface, it helps the couple understand why they keep getting in conflict about it. It also begins to give them a model for how to work together over time.

In brief, the model that I teach is that initially most of the hard work of parenting—setting limits, enforcing consequences, refusing something a child wants—generally should be done in the beginning by the biological parent with the stepparent standing in support. They are still a unified front. They’re still a team. But the delivery and the implementation of those consequences and boundaries come from the biological parent.

Why do I give that advice? Because the biological parent has the bonded attachment relationship with the child, which gives that parent the level of authority to pull it off. The stepparent needs to honor that in the beginning.

When biological parents do their job, that allows the stepparents to just spend time bonding and creating a relationship with the children, building their trust. Eventually the stepparents move to a place where they’re more equal with the biological parent in the eyes of the children, and they can then be more of an authority in enforcing consequences and boundaries.

As a pastor, understanding this different dynamic is essential. While our first inclination may be to offer passages commanding children to honor their parents and be obedient, there is wisdom in approaching the family as a parenting team with distinct roles within that team.

Consideration 4: Parents may need to rethink how they measure progress

The goal for stepparents isn’t to be called “Mom” or “Dad.” Only 30 percent of all children call their stepparent by those names. What is much more important is the relationship, the bond, and the trust that is growing within the family. One way we might see this happening is through terminology (like “Mom” or “Dad”), but more often we see things like affection growing, for instance, talking more comfortably or initiating a hug. Those are good indicators that the relationship is growing.

Be aware of these dynamics as you talk with and care for parents of stepfamilies. For instance, going back to the scenario above, you could remind Anna’s stepdad that while Anna’s mother is an “insider,” he is still an “outsider.” He hasn’t yet gained that relational trust, which will come with time. You could also remind him that the ways he has parented in the past, or was parented as a child, won’t necessarily fit this new family. And you could remind this new stepdad that while progress may be slow, it is still progress that can be celebrated.

By being cognizant of the factors shared here, you have the opportunity to influence as well as encourage these parents in your church. Having these considerations in mind will help tremendously as you seek to minister to the unique struggles of stepfamilies.

For more information on this topic, see Understanding the Unique Needs of Stepfamilies by Ron Deal. In this article, Ron explores why stepfamilies might present a ministry challenge for pastors and what pastors and churches can do to reach out to them. 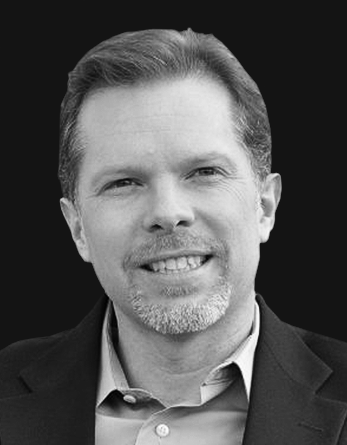