You are here: Home / Archives for Miea Walker 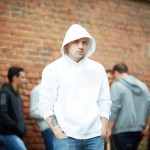 It’s been five years since Miea Walker was released from prison, where she served a nine-year sentence for a money crime. She knows firsthand the needs of prisoners inside the system and what their struggles are after their release. With her bachelor’s degree and two associate degrees completed while in prison, she now has become an advocate for prison reform. She spoke to us … END_OF_DOCUMENT_TOKEN_TO_BE_REPLACED