I recently learned that a missionary whom I have known and trusted for twenty years has, for his entire adult life, been a sexual predator. He was respected, even revered, both by churches in the US and by thousands of people in the field. He used his position of power, influence, and trust to take advantage of women sexually. My wife and I made an emergency trip to the region he served to minister to those who have been devastated by this man’s sin, including women who were victims and churches that had looked to this man as an example. While we had read of such situations, we never imagined that we would be in the middle of one. As we have gone through these deep waters, we have been reminded of many truths that need to be reinforced.

I thought I knew this man very well. I worked with him in ministry in the US for several years and spent months with him in the field. Our families were very close. He was one of the most respected Christian leaders in the country where he was serving. He appeared to be very effective as a preacher, counselor, mentor, and church planter. For many of us who thought we knew him well, there was no reason to suspect that he was involved in sexual sin, much less criminal behavior. Yet he was living a double life. He, like Amnon in 2 Samuel 13, would manipulate circumstances to get alone with a trusting young woman and then would take advantage of her sexually. While investigating this man’s sins, we learned of many other women who had been taken advantage of by him and by other trusted spiritual leaders and/or family members.

2. Young people need to be taught to “cry out.”

Because sexual predators are masters of manipulation, boys and girls need to be prepared at a very young age to know exactly what to do if someone tries to take advantage of them. Many victims are naive and vulnerable. Once our predator was exposed as having had a sexual relationship with a young woman (which began when she was still a minor and he was old enough to be her grandfather), many other victims came forward. If this clergyman had been exposed thirty or more years ago when he committed similar crimes, he would not have held such a position of influence and trust by which he could take advantage of other women. More than one woman wept because she thought she was the only victim, but now realized that if she would have “cried out,” others might have been spared.

3. We need to protect and help victims.

After Tamar was raped by Amnon (2 Sam. 13), her father, King David, was very angry but did nothing (2 Sam. 13:21), and her brother Absalom said to her, “Has that Amnon, your brother, been with you? Be quiet for now, my sister; he is your brother. Don’t take this thing to heart” (2 Sam. 13:20). Many victims are told to keep silent in order to avoid disrupting the family or the church community. In the case of this missionary who was a predator, a few people did know about his past and present sins but kept quiet. More than one person wanted to blame the young lady who was the most recent victim. Scripture teaches that we are to reflect God’s particular care for the weak and the oppressed (Prov. 31:8–9; Ps. 146:7). If those who had been aware of this man’s evil acts of the past had taken action, he would have been stopped literally decades earlier. Instead, they hoped that he had changed, and they expressed shock that his pattern of evil had continued.

4. Refuse to cover up sexual sin of pastors.

The Roman Catholics were scandalized when the practice was exposed of moving priests who were sexual predators from one parish to another (where they would then find more victims). The same cover-ups have happened in churches and other Christian organizations. We learned that our missionary had been forced to quietly leave more than one place of ministry decades earlier because of sexual sins with young people under his care. He was then able to move on to the next community, where he again established the trust by which he was able to isolate and victimize more women. Church leaders who abuse their position of power and influence must be dealt with publicly (1 Tim. 5:19–20), and, where appropriate, their crimes must be reported to the government authorities (Rom. 13:1ff.). Sadly, we learned that there have been many other spiritual leaders in the country where this missionary worked who have engaged in similar vile behavior with impunity. This present situation appears to be the first time that such sin has been dealt with biblically and publicly. (Public exposure must be done in accordance with a church’s bylaws and biblical principles in dealing with pastors and other church leaders. If a church does not already have policies regarding this type of situation, then policies need to be put into place.) We are hopeful that one good thing God will do through this tragedy is to cause the churches in our nation to learn to protect victims by identifying and removing predators. Spiritual leaders who abuse their power to take advantage of others sexually are permanently disqualified from leadership (1 Tim. 3:1–7), no matter how gifted or effective they may seem to be. The cover-ups must end.

5. Victims need help to deal with the past biblically.

In his excellent book Putting Your Past in Its Place, Steve Viars speaks of how when we are sinned against, we can respond either righteously or unrighteously. For example, victims may want to or may attempt to seek revenge. They may harbor feelings of bitterness toward all people of the same sex or race as their abuser. They may refuse to forgive, or they may begin to abuse others sexually. The victims need to understand that they have, like Bathsheba and Tamar, been sinned against by a person who abused his position of power. However, over time, they may also need to be gently guided to become aware of their sin and confess it to God and to others who have been affected by it.

6. We must put our ultimate trust in God, not men.

Our fallen missionary was excessively respected and revered. When such a man falls, the faith of many who had trusted him can also be shaken. We are warned that if we put our trust in man, we will be like the bush that withers in the desert (Jer. 17:5–6), but that if we trust in God, we shall be like the flourishing tree planted by the river of water (Jer. 17:7–8). While many were deeply shaken by the fall of this missionary, the end result has been that those who had perhaps relied upon him too much are now relying upon the Lord. We thank God that the failure of a false messenger has not led to their rejection of God’s message. Furthermore, we see a new generation of leaders stepping up to care for Christ’s church in our nation. We also hope that this will be a generation of leaders who will be very careful to protect the flock and to keep watch over themselves and one another.

Please pray for those involved in this tragedy: both the victims and the man who committed these sins. Pray for the women who may still struggle with issues of trust, deep-seated hurt, guilt, and doubts about their faith. Pray that they continue to turn to God. Pray, too, that God would give them the grace to respond well after being sinned against. Also pray for the fallen missionary, for true repentance and surrender to God, for God’s perfect will in the man’s life. 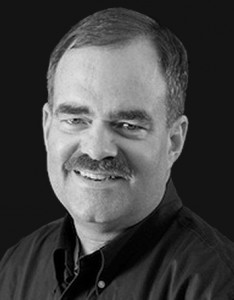