You are here: Home / All Posts / 5 ways to address seniors’ end-of-life concerns

Share this post with your deacons or small-group leaders to help them better minister to senior Christians in their small groups who have concerns or fears about heaven and the remaining years of their lives.

Their children have moved on; perhaps their spouse has died. They’re retired. And their bodies may be failing. Older Christians may wonder, “What have I been working for all my life? What am I supposed to do now? Is this it? Is there really something better to come?”

While seniors in your church may know the biblical assurance that they are going to heaven, they still have legitimate concerns and fears about the remainder of their earthly life and what heaven is truly like. How can you best minister to these concerns?

1. Recognize/acknowledge the legitimacy of their fears

Everyone struggles with the idea of death, and the longer we live, the closer we know we are to eventual death. You can help senior Christians by acknowledging that, yes, there are things about death that are frightening. All of us fear the unknown to some extent.

2. Remind them that their current dissatisfactions will be satisfied in heaven

As people grow older, they tend to long for a world that is as God originally created it to be—a world that satisfies spiritually and physically. But at the same time, they understand that this satisfaction is not going to be found on this earth.

Some seniors will try to create meaning in the latter years of their lives by fulfilling bucket lists or collecting shells on the seashore. And there’s nothing wrong with taking a vacation or meeting a goal—as long as a person understands that these things will not satisfy the longings of his or her heart. C. S. Lewis explained it this way in Mere Christianity: “If we find ourselves with a desire that nothing in this world can satisfy, the most probable explanation is that we were made for another world.”

As seniors get closer and closer to death, the more they understand that this world, as wonderful as it can be, is not what’s going to satisfy us. So older Christians need to be continually reminded that the world to come is ever so much better.

3. Follow Paul’s directive to comfort one another with God’s words about the resurrection

In 1 Thessalonians 4, Paul encourages believers to encourage each other with God’s words regarding the resurrection. He says to comfort one another with God’s promises about what the new heaven and the new earth will be like—what eternity will be like. Remind the seniors in your church that in heaven, they’ll have opportunity to learn, to have fellowship, to explore, to do good, satisfying work: all the things that Adam and Eve were originally called to do in the Garden before the fall.

At the end of 1 Corinthians 15, Paul talks about our resurrection bodies. For seniors concerned about the degeneration of their bodies, you can emulate Paul by reminding them that, in heaven, they will have their resurrected body back.

4. Paint a picture of the reality of heaven

For some people, heaven doesn’t offer much hope because they have beliefs about eternity that don’t match up with what the Bible tells us. People sometimes see heaven as a place where they spend eternity floating on a cloud playing a harp, and that’s not very exciting. Others may view eternity as one long church service. But you can paint an appropriate picture of the new heaven, the new earth, and the kinds of things that we’ll be able to do.

Try to fire up people’s imaginations. Heaven isn’t floating on a cloud. Remind seniors to think about what they can’t do now but might be able to do on the new earth. Older people love to think about being able to talk with old friends: help them consider how wonderful it’s going to be when they see them again, and have forever to spend with them! We don’t know exactly what the new heavens and new earth will be like, of course, but try to help people get excited about the joyful possibilities!

5. Remind them that the work they’ve done on earth is not in vain

Some senior Christians feel that they’ve spent their entire lives pouring themselves out for the Lord, but they don’t see the kind of fruit they wanted as a result. Maybe in some ways they feel like it’s been a big waste. Remind them that the Lord has used their work in the ways He wanted to use it here, although maybe not in the ways they wanted it to be used.

Paul says in 1 Corinthians 15:58 that Christians are to be “steadfast, immovable, always abounding in the work of the Lord, knowing that in the Lord your labor is not in vain” (ESV). You can encourage seniors to continue to work for the Lord. They may feel that it is in vain, but remind them that we have no idea how God’s going to use our work not only here, but also in the world to come!

Editor’s note: You also might be interested in reading Dr. Jeff Forrey’s Hospital and nursing home visitation tips or Georgia Shaffer’s Caring for those with long-term illnesses. 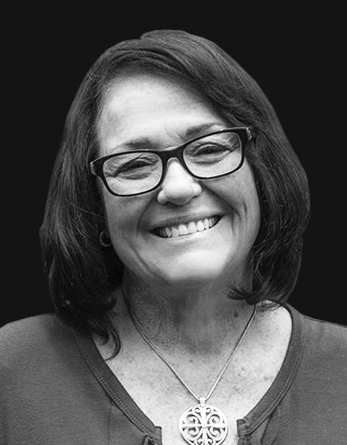 Elyse holds a certificate in biblical counseling from Christian Counseling & Educational Foundation (San Diego) and an MA in biblical counseling from Trinity Theological Seminary. She has authored twenty-two books on daily living and the Christian life, including Love to Eat, Hate to Eat: Breaking the Bondage of Destructive Eating Habits, The Empty Nest, and Home: How Heaven and the New Earth Satisfy Our Deepest Longing. A frequent speaker at women’s conferences, she has been married for over forty years and has three adult children and six grandchildren. Along with her husband, Phil, Elyse is a member of Valley Center Community Church, a congregation in the community of Valley Center, CA.